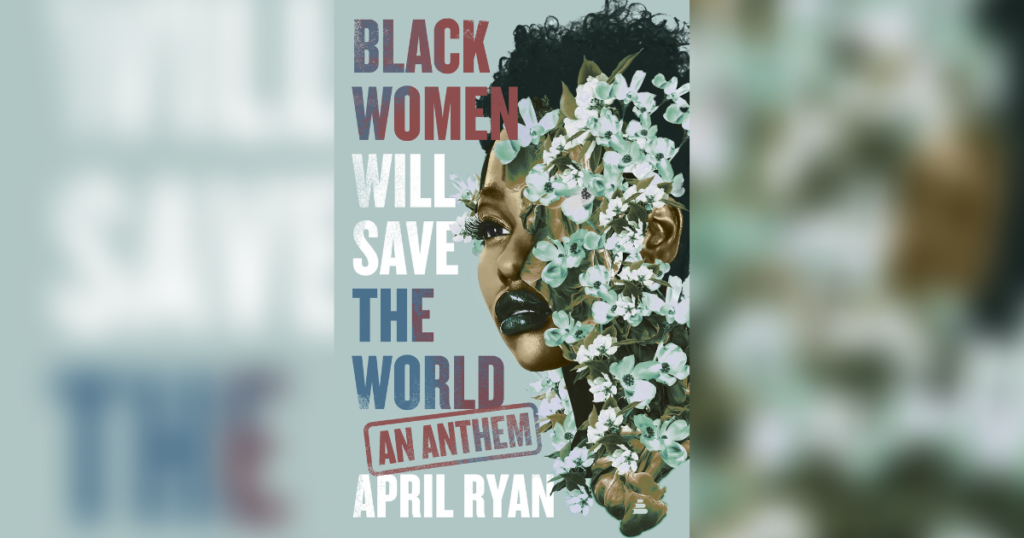 On October 22, 2022, at 10 a.m., the Chicago Humanities Festival will host a conversation between trailblazing White House correspondent April Ryan and political advisor and CEO of the Obama Foundation Valerie Jarrett about Ryan’s new book, “Black Women Will Save the World.”The book—and the event—will highlight the incredible work of “sheroes” like Kamala Harris, LaTosha Brown and more, while also reminding audiences that it’s not fair to expect Black women to save the world all by themselves.

April Ryan has been covering urban issues from the White House since the Clinton era. She appears on CNN as a political analyst and is the D.C. bureau chief for the Grio. Ryan is also the author of the award-winning book, “The Presidency in Black and White.”

Valerie Jarrett was the longest-serving senior adviser to President Barack Obama. She oversaw the Offices of Public Engagement and chaired the White House Council on Women and Girls. Before joining the White House, she served as the commissioner of Planning and Development, and deputy chief of staff for Chicago mayor Richard M. Daley. She is currently the CEO and a member of the Board of Directors at the Obama Foundation and a Senior Distinguished Fellow at the University of Chicago Law School.

The April Ryan/Valerie Jarrett event is part of a larger Neighborhood Day being held at Northwestern University on October 22, bringing together some of the biggest names in entertainment, politics, and literature for entertaining and insightful conversations about some of today’s biggest issues.

Other events on October 22nd at Northwestern include an event with comedian Jeff Garlin in conversation with his Curb Your Enthusiasm co-star Susie Essman; a chat with artist Rick Lowe about how art can transform our lives; and filmmaker and artist Miranda July sitting down for a discussion about art in all of its forms. Audiences can also attend talks about persuasion in our age of political division, the divide in higher education, problems with our criminal justice system, and extremism in America with former Capitol Police Officer Michael Fanone.

The event that day with Phil Rosenthal (“Somebody Feed Phil” and “Everybody Loves Raymond”) is already sold out. To get tickets for the other events, go to ChicagoHumanities.org.

Elaine Hegwood Bowen, M.S.J., is the Entertainment Editor for the Chicago Crusader. She is a National Newspaper Publishers Association ‘Entertainment Writing’ award winner, contributor to “Rust Belt Chicago” and the author of “Old School Adventures from Englewood: South Side of Chicago.” For info, Old School Adventures from Englewood—South Side of Chicago (lulu.com) or email: [email protected]