Black Veterans: We Owe You a Debt of Gratitude 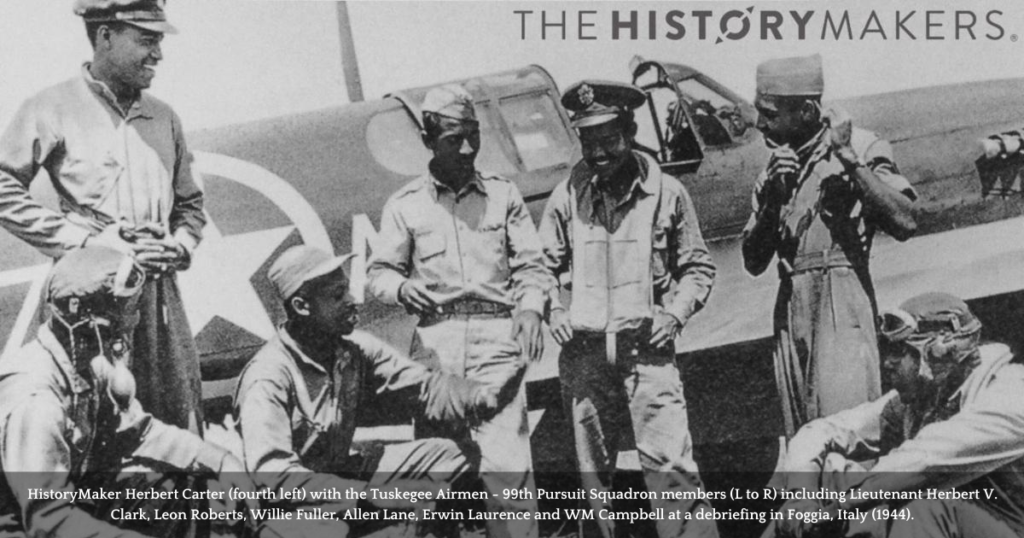 Black veterans are owed a special debt of gratitude. We do so on this Veterans Day. Their stories have been one of service to their country when often the United States did not protect them. “African Americans were present among the forces fighting in the French and Indian War and every war since the American Revolution.” As former Secretary of State General Colin L. Powell (1937-2020) explained: “Blacks were always brought into military service when there was a need for additional bodies and blood. But when the conflict was over, then blacks were sent back into servitude. And it was the case in the Revolutionary War, where [President George] Washington had a number of blacks serving under him.

“It was the case in the War of 1812 when black men were promised their freedom and property if they fought for their country. They didn’t receive that. But nevertheless, they fought. And every war we’ve ever been in, blacks stepped forward because it was the one place they could demonstrate equality. They weren’t slaves. They weren’t being oppressed. They may be in segregated units, and they may not have gotten the same pay or rations or equipment as white soldiers, but nevertheless, they were able to show that they were as brave and courageous as any other group of Americans.”

Former Senior Archivist at the National Archives Walter Hill, Jr. (1949-2008), in his interview,  provided important insights into the role of African Americans during our nation’s Civil War: “Over 200,000 black men served in the Union Army and Navy…There were over 25,000 black men who served in the Union Navy and the Union Navy was integrated…But in the Army, there was clearly a separate unit in the United States Colored Troops…And, of course, when the…Emancipation Proclamation comes out in January 1, 1863, it changed the whole complexion of the war…that this war really was about us. And then they had always believed that from the day one. But when they saw and saw those sons and husbands and boyfriends and men going off to fight for their freedom, because all those men who fought in the Civil War understood that, yes, they were fighting to save the Union, but they fighting for their their freedom of their families and themselves.”

Similarly, Ralph Tyler, CEO of Ralph Tyler Companies, remembered his grandfather’s experiences during World War I: “During World War I…they recruited a lot of African American troops to fight in the war, but there was no one reporting on what they were doing. Yet blacks were losing their lives and giving their lives for their country…and there was a lot of unsettled nerves particularly in the African American community about the use of black troops and how they were mostly just stevedores, not to belittle that, because that’s certainly needed to get the supplies to the troops…In fact, one of them, my grandfather [Ralph M. Tyler… reported a lot more than was ever reported back here in the United States because the filtering department in the [U.S.] Army and in the Department of War didn’t want information to get out about how African American troops who could not only fight battles and were heroic people in their own right in fighting this war, but the way they were treated by the people in France and other countries was completely different than how they were treated in the United States”

Rudolph Brewington, co-founder of “Black Agenda Reports” told of the racial violence that erupted during the Vietnam War after the assassination of Martin Luther King, Jr.: “The day Martin Luther King was killed, April 4, 1968, I was in Vietnam. I was serving this country, on patrol and we came back and we heard that… Dr. Martin Luther King, Jr., had been killed. And so, us black Marines got together to hold a memorial service and all of a sudden we heard this clank, clank, clank, clank, clank and it was Marines on an armored personnel carrier pointing weapons at us telling us to break up this unlawful and treasonous, that was the word, treasonous assembly, like what? We’re here to give respect to Martin Luther King, Jr. And they pointed rifles at us and for a few days black and white Marines…were like aiming rifles at each other, the shots were fired at each other; they don’t say that much about it but it happened. You know, and I came back from Vietnam angry, politicized.”

Racial violence and racial discrimination would continue once the black veterans returned to U.S. soil. Robert Green, former administrator at Michigan State University, spoke about the discrimination experienced by his father, Thomas J. Green, a black World War I veteran: “I heard…from my dad that he would never wear his uniform, either in the South when he returned from the war… because black soldiers, ex-soldiers were targets. There was the assumption that one, you’ve been abroad. Two, you were treated like somewhat of a man while you’re in the military, and we want to make sure that we keep you in your place. So, my dad knew that, and that was verified by an incident that I think occurred about 1946. I recall reading about it as a kid in which a black Army soldier returning to the States… to the South–I can’t recall the state–I think it was North Carolina–was lynched by a white mob because he had the audacity to wear the uniform of the United States of America as a soldier, even though he was a bona fide soldier, in the U.S. military, U.S. Army.”

Reverend Bill Lawson of Wheeler Avenue Baptist Church in Houston, Texas, further noted: “The veterans when they came back were thrown back in–into the same economic situation that they left. They had risked their lives for their country, but there were no new jobs opening up for them, no new income levels opening up for them. And so they felt raped. They felt that their lives had been risked and, and the country did not appreciate them very much, so there was a good deal of, of anger, there was a climate of anger.”

For jewelry artist Curtis “Kojo” Morrow, a Korean War veteran, adjustment to civilian life was rough: “It was a slow adjustment for me. Hey, I stayed drunk for about two years, man…I worried the hell out of my family.”  Hamilton Cloud, II, former NAACP Image Awards producer, spoke of his father’s continuing nightmares and his not wanting his son to serve for the sake of : “He had nightmares about…Korea the rest of his life because it was so cold and you know sleeping in fox holes, not knowing if you were going to make it till morning, had an effect on all their psyches I’m sure for the rest of their lives… here was no way as he put it, that he was going to let me go to Vietnam and repeat the experience that he had had in Korea…he was prepared to take me to Canada if necessary, if I was drafted…”

For many African Americans, military service provided careers and opportunity: “My cousin had gone in the [U.S.] Army…My dad’s other brother was in the [U.S.] Air Force.” stated  John Heidelberg, owner of WVOL-AM in Nashville, Tennessee, and a United States Air Force Veteran: “We all felt like we should go to the [U.S.] military. And that was a way out. That was a job. That was an education, you could get out of the United States and visit other countries, so that was kind of…an escape from being out there in the woods in the country all your life. You’d get to go someplace and see other things.” [10] Business leader and former CEO of The Partnership Benaree P. Wiley spoke of her father, Carlisle Pratt as one such person: “My dad was in the service, and then went to a school called [Robert H.] Terrell [School of Law, Washington, D.C]…Terrell is a school that was for black veterans who had potential and hadn’t had the opportunity to go to college. And I think it was kind of an accelerated program that also provided legal training.” [11] Former member of the Houston City Council Anthony W. Hall, Jr. explained the opportunities he received in the military: “It was one of the few significant American institutions where blacks had actually risen and could rise on the basis of some reasonable merit…and that’s what it kind of represented for me.”

However, even with the benefits of the GI Bill and other military benefits, transition back into civilian life is often difficult. Pharmacist and World War II veteran Augustine Davis (1917-2014) recalled going to a VA hospital and being diagnosed with vertigo: “I went into Togus, Maine VA Hospital. And they messed around with me almost a year…. And then they finally come up talking about they thought they were gonna have to probably do a frontal lobotomy. So here again one white guy was a young physician there at the VA Hospital in Togus. He came in there and said, “Davis, don’t you let these guys mess you up.” He said, “If I were you, I would just get up and get the hell on out of here.” And he said, “You may be bothered with that condition for the rest of your life and just have to get used to dealing with it. Then again it may just go away. But don’t let these guys mess your brains up talking about a frontal lobotomy.” So that’s what I did. I got up and got on…out of Togus, Maine.”

Unemployment and unfair treatment often have plagued black veterans. The Bureau of Labor Statistics reported that black veterans have an 8.4% unemployment rate, as opposed to 5.3% for all veterans, and 4.6% for white veterans.  Speaking about the War in Iraq, Sgt. Maj. Carlton Kent of the U.S. Marine Corps, in his 2013 interview with The HistoryMakers noted: “The unemployment rate for veterans is very high right now. And as we draw down in this war, we’re going to have more veterans transitioning…So we need to make sure that we take care of them. We have a moral obligation to take care of these great veterans because they have sacrificed so much over the last eleven, twelve years of this war, that we owe them that. I mean, I can’t speak enough on that, that we have a moral obligation to take care of them.”  According to the U.S. Department of Veterans Affairs, “Minority veterans have a 44% higher risk of unemployment than non-minority veterans.”

To our black veterans, we salute and honor you because your service to our country was clearly “above and beyond the call of duty”.

This article originally appeared on The HistoryMakers.