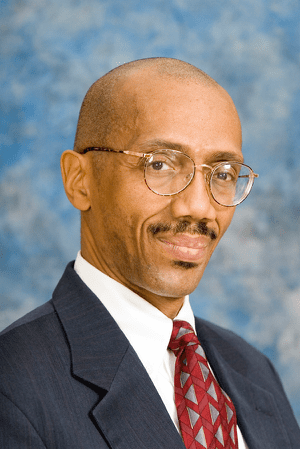 Phillip Jackson, the late founder of the Black Star Project in Bronzeville, will receive an honorary street sign for his commitment to mentoring hundreds of Chicago’s Black teenagers.

“I’m so grateful to Alderman Sophia King and the city of Chicago for this honor,” said Gloria Smith, executive director of the Black Star Project.

Smith said the organization is planning a “soft launch” event to announce the street naming on Saturday, June 19, at 10 a.m. at the southeast corner of 35th and King Drive. The event is free.

Smith said the honorary street sign will be dedicated during an unveiling and community celebration on Saturday, September 25, in honor of Jackson’s birthday on September 22.

Born in public housing in Chicago, Jackson attended 11 Chicago public schools. He graduated from Roosevelt University and studied education at the National College of Education.

Jackson founded the Black Star Project in 1996 to educate and improve the lives of less advantaged Black communities. Some of the Black Star Project’s signature initiatives include the national annual Million Father March that organized about one million fathers in more than 600 cities to take their children to school on the first school day and Saturday University—a system of free community-based learning centers designed to remediate and augment K-12 students’ skills in reading, writing and math with the support of parents, communities, and an army of volunteers.

In a fitting tribute at the Chicago Crusader’s 25th Anniversary Heroes in the Hood ceremony in 2018, Jackson was honored for his decades of community activism.

During the unreasonable arrest of two Black men at a Philadelphia Starbucks in 2018, Jackson led a one-day boycott after blasting the chain for insulting Black customers.

Jackson’s Black Star Project also included the Student Motivation and Mentoring Program, which aimed to motivate youth to succeed in life. At the time of his death, Jackson served as chairperson of the Black Star Project.

During his professional career, Jackson served as vice president and director of operations for Kroch’s & Brentano’s, one of Chicago’s oldest and largest chains of booksellers, which closed in 1995. During his 24-year career with Kroch’s & Brentano’s, Jackson helped build and manage the company but parted ways with the bookseller after it took away their employee benefits. Motivated by these injustices Jackson led, financed and won a class action lawsuit that restored pensions to wrongfully terminated employees.

After leaving Kroch’s & Brentano’s, he worked in the Office of Budget and Management for the city of Chicago and became assistant budget director within six months.

In 1995, Jackson joined the Chicago Public Schools (CPS) transition team with Paul Vallas. During his five-year tenure, he served as Deputy Chief of Staff, Director of Intergovernmental Affairs, and Chief of Staff. Jackson helped CPS achieve the highest number of contracts in Chicago history.

In 1999, Jackson became the CEO of the Chicago Housing Authority (CHA) and negotiated a $1.6 billion deal with the federal government to transform public housing in Chicago with a focus on residents’ quality of life, not just the bricks and mortar.