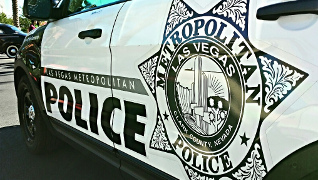 Las Vegas Black man is suing multiple police departments after he was arrested on a warrant that was issued for a 49-year-old white man with a bushy white beard and blue eyes.

According to the lawsuit, on Jan. 8, 2020, 23-year-old Shane Lee Brown was driving home from work when he was pulled over by Henderson Police. He didn’t have his driver’s license so he told the officers his name and gave them his Social Security card.

A records check by officers revealed a bench warrant for a 49-year-old man named Shane Brown, who faced a weapons charge associated with a prior felon who was arrested with a gun. The lawsuit revealed that the older Brown had been convicted of a felony in 1994, three years before Shane Lee Brown was born.

The lawsuit also stated that during his arrest in 2020 officers, ”failed to perform even a cursory review of the warrant to determine if Shane Lee Brown was the person named in the warrant.”

Brown was sent to Henderson Detention Center, where he pleaded with officers that he was not the Shane Brown in the bench warrant, but was ignored.

Two days later, Las Vegas police transferred Brown to Clark County Detention Center and recorded his correct date of birth, race, and height. Officers also issued Brown a different identification number that was assigned to the older Shane Brown. He was then ordered by the Las Vegas Metropolitan Police Department to appear in front of a judge for the older Brown’s bench warrant but under the younger Brown’s race and date of birth.

The 23-year-old would spend four days in Clark County Detention Center before finally appearing in front of a district judge who released him after the two men’s booking photos were shown side by side in court.

Brown would spend a total of six days in jail.

“Despite being informed of this mistaken identity, none of the unknown LVMPD police or LVMPD corrections officers bothered to review its records to determine whether Shane Lee Brown was the subject of the warrant,” read the lawsuit.

This story was originally published by NewsOne.