Black Doctor from Chicago talks about taking the vaccine 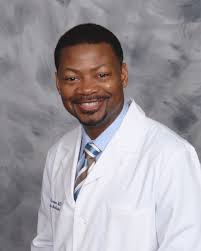 With the Biden administration acquiring and distributing more COVID -19 vaccines, officials are now saying getting the Black community to completely buy-in” to the vaccination efforts is still a challenge. According to a CNN poll, 67percent of the African American population across the nation is willing to take the vaccine. Those numbers have increased dramatically from the beginning of January when the numbers were in the 30’s.

Experts credit the increase with more Black people getting the vaccine and telling others they are fine and the fact there have been no widespread reports of problems with the vaccine. Now the major problem is the distribution and delivery system.

Chicago native and emergency room physician Wendell Pierson was one of the first people to get the vaccine. He spoke with the Crusader about his experience back in January and today says he had no problems with the vaccine and is urging community members to get it when it becomes available.

On February 12th, just 37 percent of the doctors, nurses and staff at Roseland Hospital on the city’s South Side had been vaccinated. Those lackluster numbers brought a visit from Dr. Kizzmekia Corbett, a Black U.S. government scientist who helped develop Moderna’s vaccine. Corbett acknowledged the “centuries of medical injustices” that were done to the community in the past. But she said for this virus, there have been people from every community in the world participating in making the vaccines and the trials included people from diverse races, cultures and backgrounds.

Dr. Pierson said he understands the community being shy about getting the vaccine which is one of the reasons why he was willing to be one of the first to get a dose. He also was tired of seeing people die from COVID.

“I want them to hear from an African American physician, who is from Chicago, educated in Englewood at Lindblom, and it can hopefully give more courage for people to get the vaccine,” said Pierson, who went to Grinnell College in Iowa and currently serves as the Medical Director at the University of Maryland’s Bowie Health Center.

“We’ve dealt with West Nile, bird flu and a lot of other viruses, but this virus was the ‘mother of them all.’ It was pretty intense out here.”

Pierson took the Pfizer vaccine as it was the first available. He said the process for taking the vaccine is simple. He said for people who do not have any allergies or major health problems, getting a COVID vaccine shot is no different from getting your annual flu shot.

“In terms of side effects, the most common is pain and soreness at the site of the injection,” Pierson said. “That lasts about a day or two and that’s it. You also might get a headache or experience some exhaustion.”

Pierson said instead of focusing on the few unknowns about the vaccine, people should focus on the seriousness of the disease and what it can do to your body even if you survive.

“The mortality of COVID is .5 percent which is not bad when compared to the 1918 flu which had a mortality rate of 2.5 percent. But COVID is bad because the infectivity rate is high,” Pierson explained. “If the COVID virus was as virulent as SARS, we would have really been in trouble. We got lucky in a lot of ways with COVID and it was still awful. But we are starting to see all of the variants pop up, which is why we need as many people as possible to get vaccinated.”

According to the latest numbers from the Centers for Disease Control, approximately 61 million Americans have received at least one dose of the COVID-19 vaccine and about 32 million have been fully vaccinated. Those numbers are expected to rise sharply in the coming weeks as the vaccine produced by Johnson & Johnson only requires one shot, as opposed to two and is currently being shipped to states across the country.

President Joe Biden announced last week that he expects by the end of May, every American adult who wants to be vaccinated will be. As the infection rate in Illinois continues to decrease, Mayor Lori Lightfoot continues to loosen restrictions. She announced that both the Chicago White Sox and Cubs will be allowed to have fans at their games on opening day at no more than 20 percent capacity.