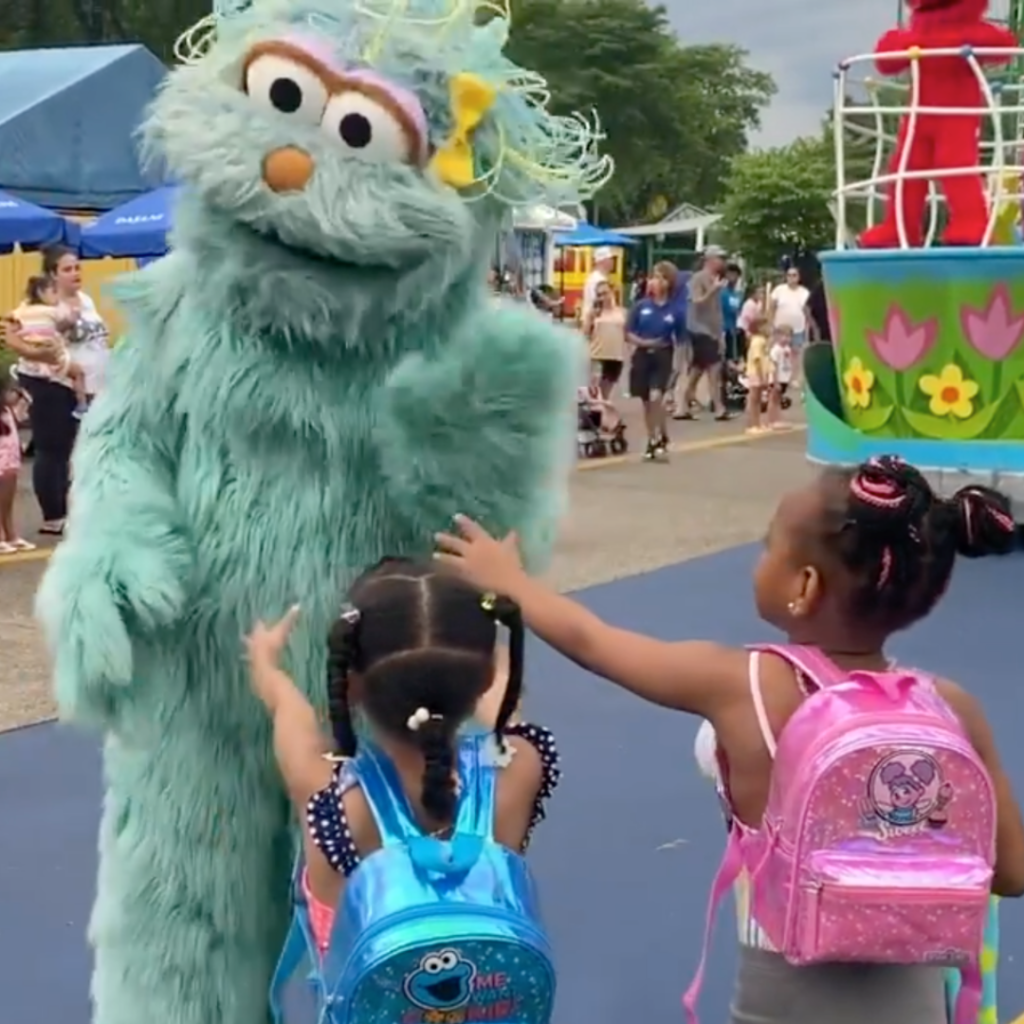 The Congressional Black Caucus has requested a meeting with top officials at Sesame Place after a viral video showed Black girls at the theme park being ignored by one costumed character after the character shook hands with white children. The incident took place in late July.

The parent of the snubbed children said theme park workers initially told her they were unable to identify the person inside the Rosita character.

When Jodi Brown, the parent of the Black children, posted a 9-second video of the incident on social media that explicitly showed the snub, Sesame Place said its workers need diversity training, but the CBC and many people aren’t buying that explanation.

“Sesame Place should be where all children can go to have fun and celebrate. Sadly, that has not been the case.

“Over the past week, we’ve seen multiple glaring examples of racism coming from the park, including the viral video in which two beautiful little Black girls were blatantly rejected by a character they idolized while white children were embraced.

“We know Sesame Place has issued a formal apology; however, given the gravity of this situation and lack of responsibility at all levels, the Congressional Black Caucus is requesting an audience with Sesame Place Park President and General Manager Cathy Valeriano to discuss the changes, plans of action, and training the park plans to implement.

“Collectively, the Congressional Black Caucus represents 80 million Americans and 17 million Black Americans, and for many of those American children, including members of our Caucus, Sesame Street played an integral role in our childhood. The show reaches young children in all demographics, with a particular impact on economically disadvantaged children, and families of color should know they will be welcomed at any institution that carries the Sesame Street name.

“The Congressional Black Caucus has led the fight against discrimination at all levels for more than 50 years, including the protection and preservation of our children. We will continue to lead the charge to protect our children and fight for a more inclusive nation, of which we can all be proud.”

Sesame Place, which is the parent company of Sesame Workshop, which produces the long-running children’s show “Sesame Street,” wants its workers to undergo bias training as well as a thorough review of how its employees are engaging with guests.

On July 27, a Black father, accusing multiple characters at Sesame Place, “a children’s theme park celebrating Sesame Street,” of snubbing his five-year-old daughter during a meet-and greet, filed a $25M lawsuit against the amusement park for “pervasive and appalling” racial discrimination.

Another video shows the Sesame Street character Bert high fiving a line of kids and then blatantly refusing an older Black girl who looks back at the camera shocked.

In another video, a Honkers character rushes a small Black girl before knocking her down with its protruding belly. Reverend Jesse Jackson, Sr., says SeaWorld, another popular family-oriented theme park, should bring in African-Americans to its board of directors, spend money on Black-owned businesses and hire an African-American firm to handle cultural sensitivity training for staff.

In a letter to SeaWorld, referencing the Sesame Place incident, Jackson said, “When I saw the now-viral video shared by Jodi Brown, I was shocked but unfortunately not surprised. We have watched discrimination in the form of excessive force by the police, just as we have seen wrongful hiring practices, but to see discrimination against our innocent children is a line that we cannot allow the enemies of progress to think that they can cross. We must collectively let SeaWorld and other companies know that we will not accept racism against anyone and certainly not our innocent children.

“SeaWorld has an opportunity to be different than previous companies that have failed when faced with adversity. SeaWorld can turn this negative situation into a positive if they bring forth a sustainable action plan that will be a long-term solution to ending racial discrimination at their theme park.”