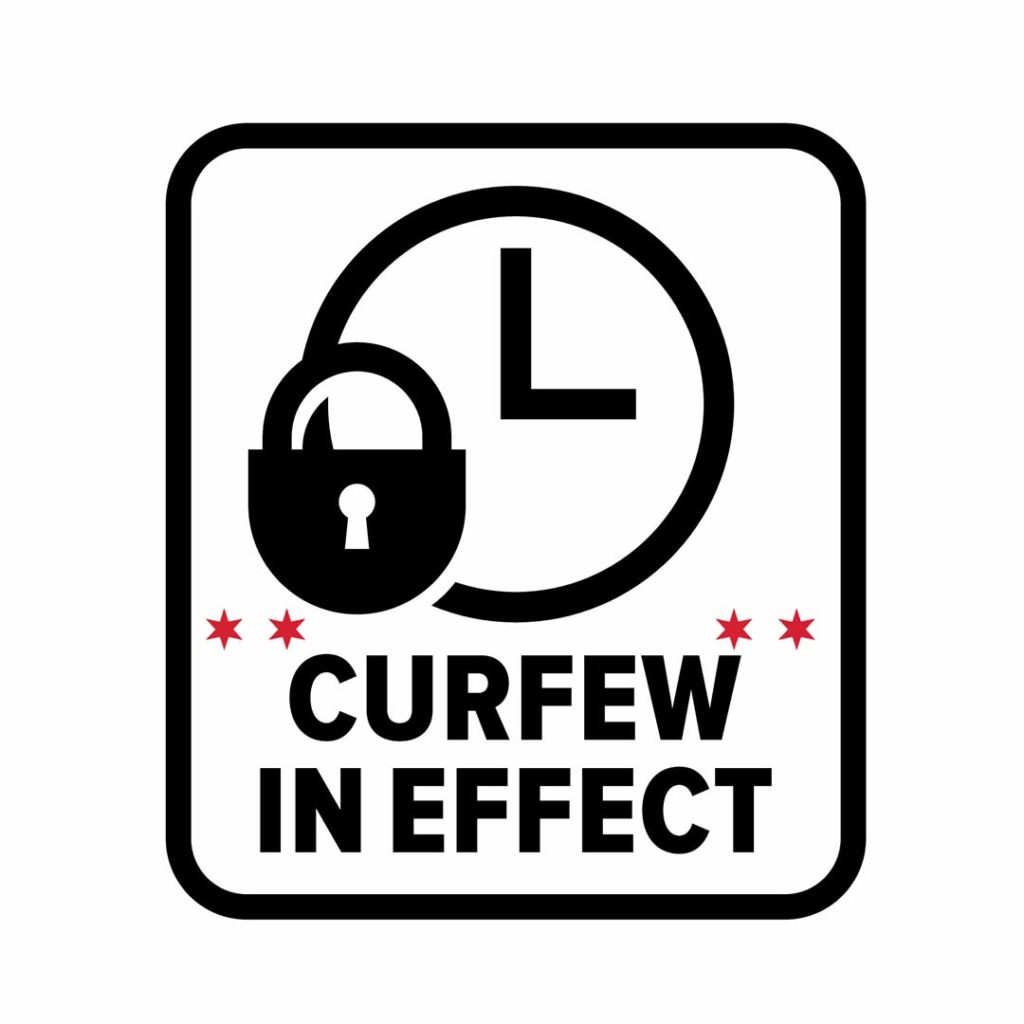 Amid concerns of racial profiling, Chicago’s Black aldermen on Wednesday, May 25, were split on Mayor Lightfoot’s controversial curfew ordinance as it passed 30-19 at an intense City Council meeting.

The amended ordinance applies to residents 17 years old and younger.

The approval is a victory for Mayor Lightfoot, who stepped up efforts to push her ordinance through the City Council for approval before the Memorial Day weekend.

Earlier in the meeting, Lightfoot scored another victory when the City Council approved the proposal to build the $1.7 billion Bally’s Casino on the former site of Tribune publishing.

With her reelection hopes on the line, Lightfoot is under increasing pressure from business leaders to address rising crime in Chicago’s high profile and lucrative tourism district.

At the City Council meeting Wednesday, her ordinance left the Chicago Black Caucus split in the final vote. Ten Black Alderman voted for the ordinance and ten voted against it.

They said the amended ordinance will help save lives by helping parent teenagers from broken or dysfunctional households. Opponents argued that Chicago’s young residents should be respected and valued as individuals.

“To help them stay safe, that one hour might just help,” said Mitts.” It surely can’t hurt because they’re going to do what they are going to do… The kids have gotten out of control anyway. This little ordinance is not going to kill anyone.”

Curtis said, “These kids are going down a dark path and the parents don’t know where they are.”

Austin said “If you the parent are not governing your children, the curfew should be put on you. You’re the one that’s allowing your child to rampage our city.”

The curfew does not apply to minors who are:

But there are concerns that the ordinance will unfairly target Black teenagers while favoring white teenagers on the North Side.

Black teenagers in recent weeks traveled to Millenium Park and the Near North Side in large groups. Their presence drew concerns from the business community and tourism officials after a 16-year-old Black teenager was killed near the iconic Bean sculpture at Millennium Park earlier this month.

Some aldermen argued that the curfew will lead to confrontations between police officers and teenagers that may lead to violence and deaths amid possible allegations of racial profiling and police misconduct.

Others argued that teenagers on the South and West Sides don’t have the community resources and attractions as those of downtown and the North Side.

Alderman Moore said he initially supported the ordinance but changed his vote after speaking to Black and Latino teenagers in his ward. He said the city should have obtained input from youth before amending the ordinance.

Another opponent, Alderman Haden said, “The government cannot replace parents…Governments are not parents. This is not going to work.

Ald. Taylor said, “I don’t have a skating rink, I don’t have a Chuck-E-Cheese, I don’t have anything for people to do. So, they wouldn’t be downtown if we invested in them. Young people are the people who changed this country. What if [Dr.] Martin Luther King had a curfew? There are so many things we can do, and this is not the answer.”

Lightfoot defended the ordinance. In response to concerns that the ordinance could lead to racial profiling, Lightfoot said the mayor’s curfew ordinance would add an exemption for youths attending “ticketed or sponsored events” if they can provide proof such as a ticket stub or wristband.

The curfew ordinance does not authorize police to arrest minors who are violating the curfew. Police may take “protective custody” of them until a parent, guardian, or other responsible adult can be located.

“We’re not starting with a blank piece of paper,” Lightfoot said.

“We’re tweaking what already exists. Its not Armageddon. With all due respect, it’s offensive to say these changes will increase violence. These large gatherings have become magnets for shootings across our city. We’re following a tradition that has been established. What I’ve also heard from parents is that ‘we didn’t know that there was curfew.’ They said that this is a good idea.”