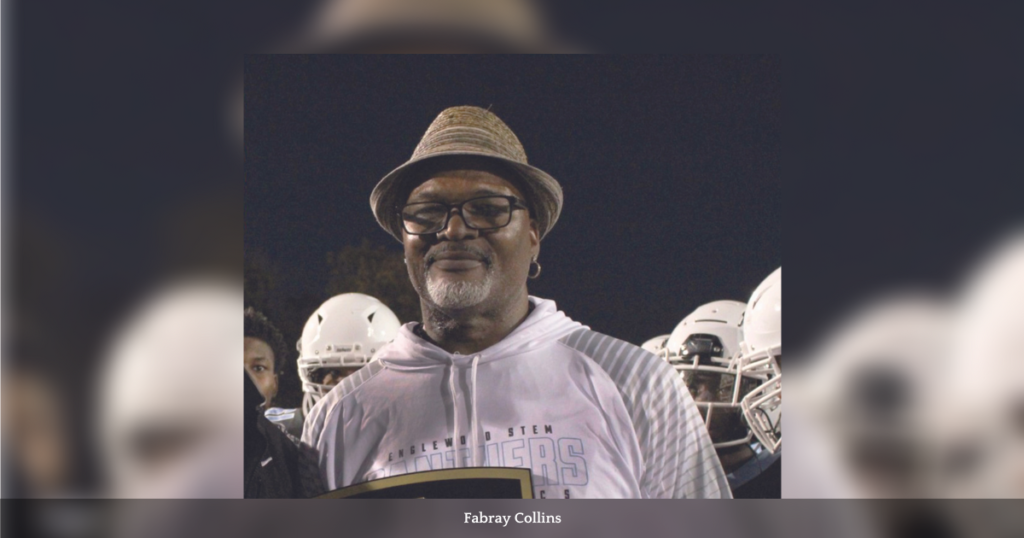 In October, the Chicago Bears named Coach Fabray Collins of Englewood STEM High School “Coach of the Week” for Week 9 of the 2022 High School football season.

The “Coach of the Week” and “High School All-Stars” programs are presented by Athletico Physical Therapy. The Bears will make a $2,000 donation to the Englewood STEM football program.

According to the Chicago Bears, Coach Collins led his team to a 28-20 home victory over the Collins Warriors (8-1) of Chicago.

Coach Collins is also the school’s first-ever coach in the program’s history and has already led the team to a championship in the second year of the program’s existence.

Collins also works security and is the head coach of the boys’ varsity track team. Through sports and education, Collins helped his student athletes stay off the streets in Englewood, one of the city’s roughest and underfunded neighborhoods.

About “Coach of the Week” and “High School All-Star”

The nomination criteria for the “High School All-Star” program includes on-field performance, community involvement and good sportsmanship. Deserving high school coaches and players are nominated by a panel of local prep authorities, and the winning player is selected each week from August 26-October 22.

Since the program’s inception, the Bears have donated more than $346,500 to Illinois high schools in support of their football programs. For more information, visit chicagobears.com/community.