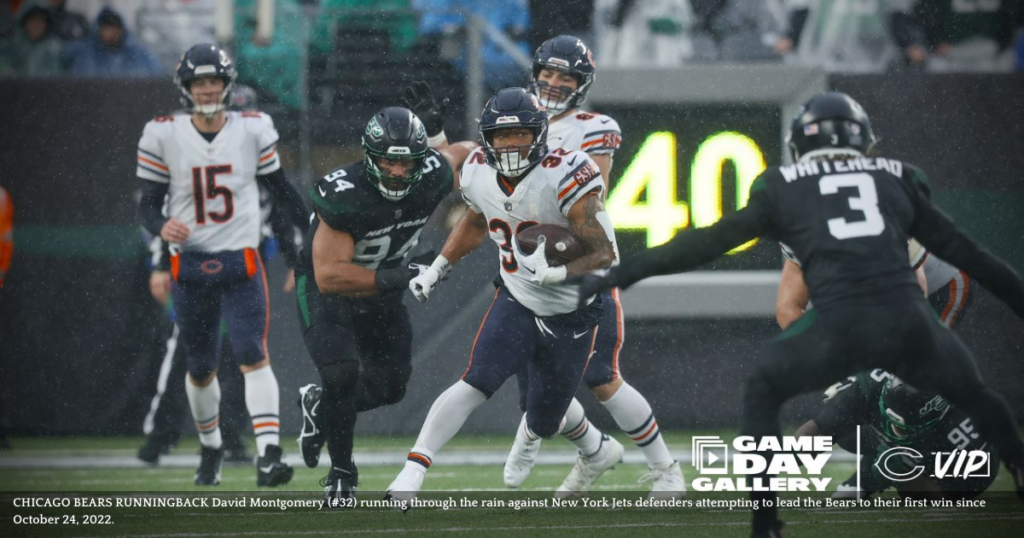 Running back Darrynton Evans caught a 26-yard pass from Trevor Siemian on the Bears’ first drive of the game. The reception stands as the longest offensive play of Evans’ career, surpassing a 24-yard catch that he caught from Ryan Tannehill on December 20, 2020, vs. Detroit, as a member of the Tennessee Titans.

In addition to the team’s new offensive additions, the Bears scored their first touchdown of the game on their second drive, once again going 71 yards in nine plays and finishing with a four-yard touchdown pass from Siemian to wide receiver Byron Pringle.

Prior to the play, Bears wide receiver Chase Claypool hauled in a 31-yard pass from Siemian to set up the Pringle touchdown. The reception was Claypool’s longest of the season and his longest as a member of the Bears.

The Bears offense tallied 10 total points throughout the day. The Bears defense was led by rookie linebacker Jack Sanborn. Sanborn registered 10 combined tackles (seven solo) in the first half, one of which was a tackle for a loss.

Sanborn became the first rookie, the ninth player overall and the seventh different player in Bears franchise history to record double-digit tackles in a first half (since tackles were tracked in 1994).

Sanborn led the defense with 14 combined tackles, the most tackles by a Bears rookie in a single game in franchise history.

In spite of a great defensive performance by Sanborn, the Bears defense had no answer for the Jets offense. New York outscored Chicago 14-0 in the second half and finished the game with 31 points.

Bears running back David Montgomery led all rushers with 79 yards.