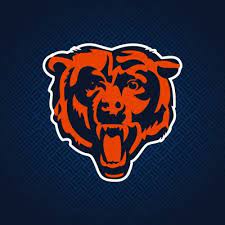 Due to questionable play-calling by head coach Matt Nagy and a lack of protection by the team’s offensive line, the Chicago Bears fell to the Cleveland Browns 26-6 on Sunday, September 26, on the road.

“I talked to [QB] Nick [Foles] and Andy [Dalton] on the sidelines and they both said this is football,” said Fields about the tough loss to the Browns via NFL.com. “You’re going to have these days. You just have to bounce back and play better. I know me. Personally, I want to get back and work as hard as ever to get better each and every day.”

“He kept his poise,” said Bears guard Cody Whitehair via NFL.com. “Obviously, there are two different ways he could’ve gone about it. He took the route where he stayed positive, came in the huddle very poised, and we kept coming out there to try to get it going. But next week we’ll be better, and we’ll get this thing turned around.”

In spite of being chased throughout the game by the Browns defense, Fields expected to win Sunday’s game. Fields said he didn’t have any expectations on how many touchdowns he would throw but will continue to approach every game as if he should win.

The Browns defense kept Fields immobile throughout the game and limited him to only three rushes for 12 yards. The Bears offensive line had a limited rushing attack and surrendered nine sacks in the contest.

Browns defensive end Myles Garrett was responsible for most of those sacks. He finished Sunday’s game with a career-high and franchise-record 4.5 sacks against the Bears offense.

Final Score: Browns 26, Bears 6. With the loss, the Bears are now 1-2 in the NFC North and are currently second place in the division.

Myles Garrett, Browns, finished with a career-high and franchise-record 4.5 sacks.

The Browns defense finished the day with nine sacks.