Award-Winning Doc ‘Maurice Hines: Bring Them Back’ premieres on STARZ in February 2022 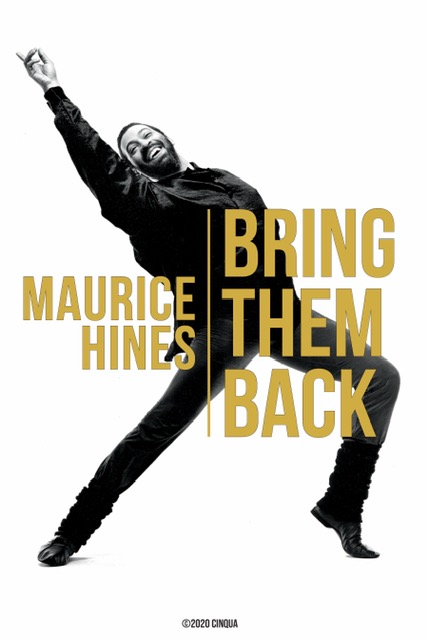 In celebration of Black History Month, ‘Maurice Hines: Bring Them Back’ will make its U.S. broadcast and streaming premiere on STARZ and the STARZ App in February 2022 and run on the network through 2023. Directed by John Carluccio, the 92-minute documentary is a poignant portrait of the charismatic song-and-dance man Maurice Hines, following the dazzling elder showman from his tap-dancing childhood to today. Maurice and friends—Chita Rivera, Mercedes Ellington and Debbie Allen—tell tales from his lengthy career, including Broadway shows, a co-starring role in Francis Ford Coppola’s “The Cotton Club” and his loving yet complex relationship with his superstar brother, the late Gregory Hines. Ever battling the challenges of being a gay, Black man in show business, Maurice shares his story with humor and grace.

“We’re thrilled that our film will have a chance to reach a wider audience on STARZ, both from streaming and cable TV viewers,” says Carluccio. “As an overarching theme, I hope viewers gain a better understanding of the nuances of familial love. I recontextualize archival clips, featuring the celebrated Gregory, so they are now viewed through the lens of the lesser-known brother. This story of ‘the other brother’ is both personal and universal, and we invite viewers to step into the shoes of this lovable agitator and showbiz survivor.”

“I’m just thinking,” Hines says in the film, “my whole life has been in dressing rooms.” Maurice is a Tony-nominated “triple threat” — singer, dancer and actor. Hailed as “a high-energy hoofer with strong views,” the native New Yorker has a remarkable seven-decade career in show business. Beginning at age five, Maurice started tapping and performing with his younger brother, Gregory Hines. In the 1960s, the brothers performed with their father in the music trio, Hines, Hines and Dad.

During the 60s, when the trio was performing, the two brothers were performing not just because they loved dancing, but to also help put food on the table, according to the documentary. “They danced to support the family,” said Daria Hines, Gregory’s daughter.

Gregory Hines died in 2003, and the United States Postal Service honored him with a Black Heritage stamp in 2019, which paid tribute not only to his tap-dancing career but his career in movies. One such movie in 1984, “The Cotton Club,” starred both brothers, and after Gregory was cast, he advocated for Maurice to join the cast. Just as years earlier, Maurice advocated for Gregory to be cast in the Broadway musical Eubie!

“We had a brotherly thing, but we were also truthful with each other,” Maurice said. Gregory had admitted on a television program that, “We had a stormy relationship,” even though the documentary never offered a reason for the discord.

The two did reconnect years before Gregory died, and the younger brother’s death pained Maurice, as could be expected. “I couldn’t imagine my life without him,” he said.

Charles Randolph-Wright told Maurice, “You don’t own all that you have given society,” after Maurice had grown unsure about his contributions to the arts. However, Maurice had “people in his feet,” according to Chita Rivera. Seven decades in an industry that is as rife with racism as when he started could make one feel melancholy, Maurice suggested. “A Black dancer and actor goes through much racism.”

Check out this amazing documentary next month on STARZ.