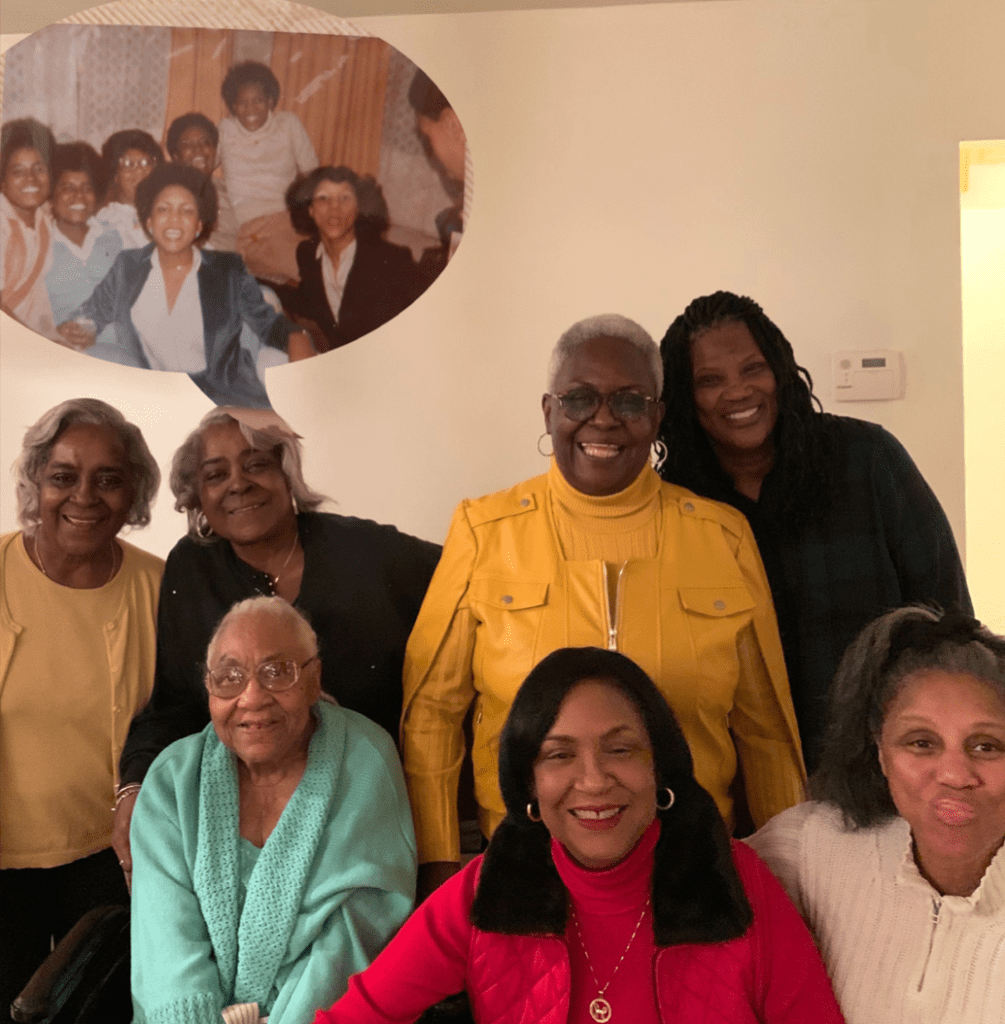 Friday night, August 6, 2021, changed the lives of the Laws family that no one could have forseen. It was around 8:30 p.m. and as a routine two daughters of Joyce Laws, 91, were assisting her in preparation for bed. Those daughters were Mamie Laws, who lives in Gary and Jacqueline Laws, a Hammond resident. Jacqueline went to the garage to get supplies they needed and within seconds her life was taken when a car crashed in-to the 25th Avenue home of the elder Laws.

The news of the car crash sent shockwaves throughout the Gary and Hammond community and indeed nearby Chicago, Illinois. When the reality of the loud piercing noise, a fire that ignited the Laws residence and a frantic search for Jackie, as she was fondly called by her sisters and friends, had been the victim of a car racing some 70 miles per hour before hitting the home.

Even in their grief and sorrow on Wednesday, August 11 the surviving sisters gathered at the home of their sister, Deborah Harris of Griffith, Indiana to remember their sister Jackie. They said that she was a giving and loving person, who always had a smile, her favorite saying was “Let My Love Open the Door.”

Jacqueline and her twin sister Joanne were born on November 25, 1954, in Marianna, Arkansas to Joyce and Devoid Laws, deceased. Joyce and Devoid traveled in the 1960s from Arkansas and first made their home in Hammond, Indiana and later moving to Gary where Joyce has lived for more than four decades.

A 1974 graduate of Gavit High School and Purdue University in Hammond, Jackie was employed as a Special Needs Job Coach in the Hammond Public Schools.

She was a member of New Revelations Baptist Church in Gary, where she was an Usher, known at the church as the “Dancing Usher.” She was given that name because she would break out into dance “when the spirit hit her.” She was also a member of the Eastern Stars.

Among the may qualities Laws exhibited was her generosity. “Any time she got a windfall she would share it. Her sister Deborah Harris said, “you would find an envelope in the mailbox from her, signed ‘Just Because Gift’.”

Being identical twins Jacqueline and Joanne took advantage of the situation to play more than a few jokes on their friends. Joanne recalled, “I was messing around with my future husband Melvin Delaney, whom Jackie hadn’t met at the time. She was at a party, according to Joanne when Melvin thought Jackie was Joanne and asked her what she was doing there. Jackie called me to tell me there was someone that kept staring at her.

It was later we learned that it was Melvin.” As a twin she developed a natural bond with her nieces, Chantale and Chandler Leavell, who are also twins. “She and Joanne had a special bond with the girls,” said Mamie Laws, mother of the twins. Mamie remembered that the special relationship she had with her twin daughters continued with Jackie assisting with potty training them. “When I was pot- ty training the girls, she bought them each a set of panties and she would call every day to make sure that they did not wet those panties.” Another endearing memory the sisters said was “Jackie would make up a song for each child in the family and sing it to them. Al- though she couldn’t sing,” said sister Deborah. Joanne was the primary caregiver for their mother Joyce, and Jackie relieved her on the weekends while being assisted by the other sisters. Giving testament to her giving spirit, she was there on that fatal night helping her mother.

Jacqueline was one of eight children and will be greatly missed by this grieving family and friends. Marshall Laws, brother preceded her in death. She is survived by her mother, Joyce Laws; son, Jeffrey Williams; five sisters: Gloria Alexander, Gary; Debo- rah Harris, Griffith, IN; Joanne Delaney of Olympia Fields, IL; Joyce Laws, Chicago, IL and Mamie Laws, Gary; and one brother Devoid Laws of Gary.

The investigation into the incident is ongoing by the Gary Police Department as they await test results. Laws, 66 was pronounced dead by the Lake County Coroner citing the cause as blunt force trauma.

Joyce Laws, mother of Jacqueline, was taken to an area hospital for observation where she remains at press time. The female driver of the car (unidentified) was also hospitalized for observation and possible injuries.