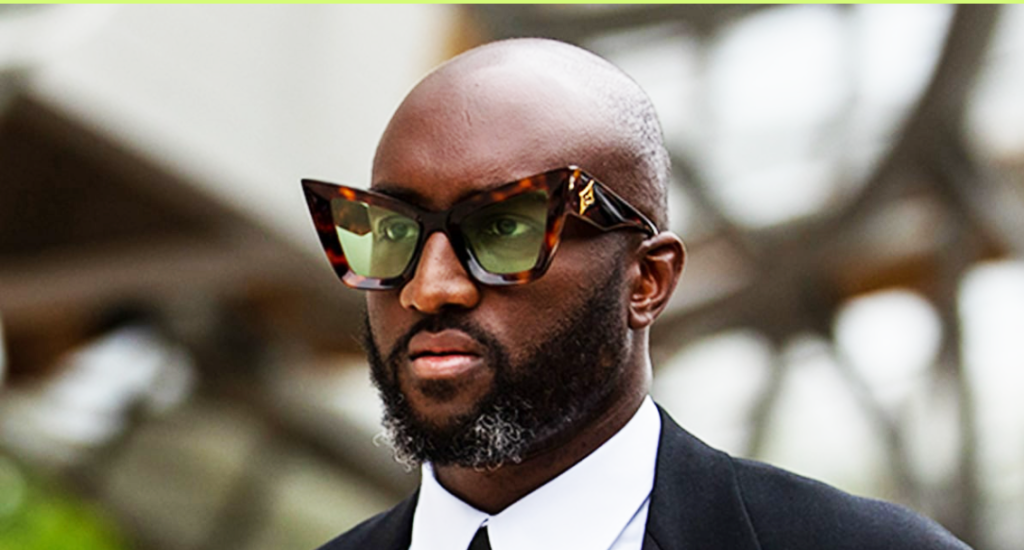 Virgil Abloh, an artist of Ghanian descent, grew up in Rockford, while spending much time in Chicago, and took those skills all the way to the fashion houses of Louis Vuitton. Abloh died earlier this week at the age of 41 after a private battle with cancer. He was the first African American menswear artistic director for Louis Vuitton and CEO of his own Italian fashion brand, Off-White.

A message in his verified Instagram account read: “We are devastated to announce the passing of our beloved Virgil Abloh, a fiercely devoted father, husband, son, brother, and friend. He is survived by his loving wife Shannon Abloh; his children Lowe Abloh and Grey Abloh; his sister Edwina Abloh; his parents Nee and Eunice Abloh; and numerous dear friends and colleagues. 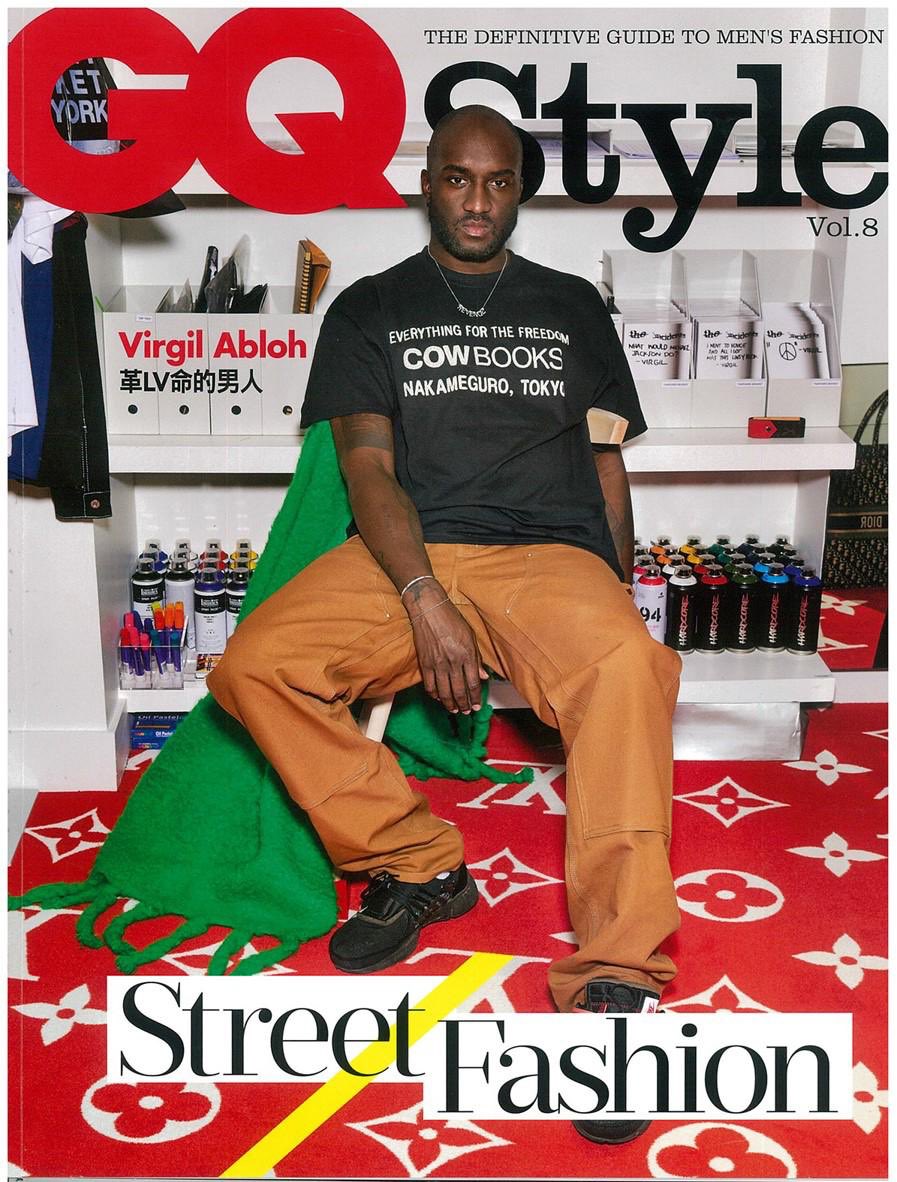 “For over two years, Virgil valiantly battled a rare, aggressive form of cancer, cardiac angiosarcoma. He chose to endure his battle privately since his diagnosis in 2019, undergoing numerous challenging treatments, all while helming several significant institutions that span fashion, art, and culture.

“Through it all, his work ethic, infinite curiosity, and optimism never wavered. Virgil was driven by his dedication to his craft and to his mission to open doors for others and create pathways for greater equality in art and design. He often said, ‘Everything I do is for the 17-year-old version of myself,’ believing deeply in the power of art to inspire future generations. We thank you all for your love and support, and we ask for privacy as we grieve and celebrate Virgil’s life.”

Abloh pioneered a new creative discipline that ranged across media and at its core is deeply collaborative, connecting visual artists, musicians, designers, and architects. This movement is known as streetwear, which saw hoodies, leisurewear, puffy jackets, t-shirts and baggy jeans—in their amped state—take over fashion runways. A few years back, Abloh told Dazed Magazine: “I decided if ‘streetwear’ was gonna be the sign of the times, I was gonna define it rather than be defined by it. I needed to do a show to define what ‘streetwear’ could be, and do it with urgency, you know.”

It was in 2019 that the Crusader wrote about Abloh’s exhibition called “Figures of Speech,” which was running at Chicago’s Museum of Contemporary Art. At that time, Michael Darling, curator of the exhibition, said: “An exhibition like this in a major contemporary art museum is the next milestone in the evolution of Virgil’s practice. This show examines the choices Virgil has made, the media he works with and the context of his artistic inspiration. His projects have unfurled with intention, precision, critique, historical awareness, cultural sensitivity, and rigor, and when taken out of the buzzy, frothy context of luxury fashion, celebrity mannequins, and hip-hop one-upmanship, a very measured vision emerges.”

The exhibition release read: “An artist who is always in motion, Virgil’s approach to fashion is equally inspired by contemporary art, his architectural training and the style-conscious world of music. He uses the codes of fashion to deconstruct modes of dress in a playful, Duchampian style. His inspiration began with street fashion in urban centers like Chicago, where looks emerge spontaneously and organically from trendsetting youth.

“Likewise, his work celebrates the ethos of streetwear and culture, where high culture is appropriated, altered, and served up as something fresh and new. The MCA exhibition offers an in-depth look at the defining highlights of Virgil’s career with signature collections, video documentation of his most iconic shows, music highlights, and his distinctive collections of furniture, design, and graphic work.” 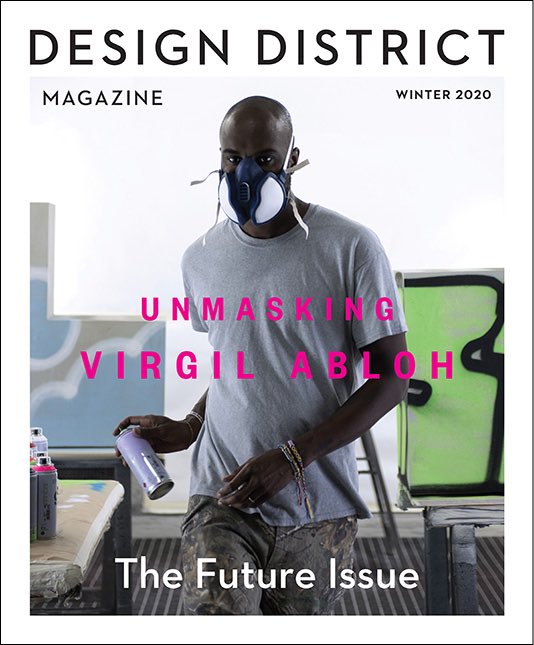 On November 28, the day of Abloh’s death, Darling had these thoughts: “Virgil was one of the hardest working people I ever met. He never took the easy path nor took anything for granted. Everything, no matter how small, was an opportunity for reinvention and reimagining. But in addition to that work ethic was his humanist ethos: always interested in supporting young strivers and offering hope and help for those who just needed an example to guide their dreams.”

The luxury group LVMH, Louis Vuitton Moet Hennessey, which owns Louis Vuitton, tweeted about his death and, in a statement, quoted LVMH chairman Bernard Arnault: “We are all shocked after this terrible news. Virgil was not only a genius designer, a visionary, he was also a man with a beautiful soul and great wisdom.”

According to Wikipedia: Abloh was an artist, architect, and fashion designer who was born in Rockford, Illinois, in 1980. After earning a degree in Civil Engineering from the University of Wisconsin-Madison, he obtained a master’s degree in Architecture at the Illinois Institute of Technology. It was at the Illinois Institute of Technology where Abloh was introduced to a curriculum established by Mies van der Rohe, formed from the notions of Bauhaus, that taught him to combine the fields of art, craft and design. These theories, merged with contemporary culture, makeup Abloh’s interdisciplinary practice today.

Jake Coyle, Associated Press Film Writer: “In 2009, Abloh met Kanye West — now called Ye — while he was working at a screen-printing store. After he and Ye interned together at the LVMH brand Fendi, Abloh was Ye’s creative director. Abloh was art director for the 2011 Ye-Jay-Z album “Watch the Throne,” for which Abloh was nominated for a Grammy.

“Abloh’s work with West served as a blueprint for future border-crossing collaborations that married high and low. With Nike, he partnered his Off-White label for a line of frenzy-inducing sneakers remixed with a variety of styles and Helvetica fonts. Abloh also designed furniture for IKEA, refillable bottles for Evian and Big Mac cartons for McDonald’s. His work was exhibited at the Louvre, the Gagosian and the Museum of Contemporary Art Chicago.”

Singer, songwriter, entrepreneur, music producer and artist Pharrell Williams tweeted: “My heart is broken. Virgil, you were a kind, generous, thoughtful creative genius. Your work as a human and your work as a spiritual being will live forever. Sending love and light to your wife, children, family and day ones. You’re with the Master now, shine.”

Doreen St. Félix, a writer for the New Yorker, tweeted: “Whatever you thought of Virgil’s work, he so purely distilled the hankerings of a generation. He worked without cease; his eyes were fixed on 10 different directions at once. He worshipped the youth, and his self-perception as an artist was based in something beautiful: fanaticism.”

Abloh also started a scholarship fund for aspiring Black designers “to open doors for others,” and has also worked with anti-violence programs in Chicago. Details about memorials or a funeral service had not been announced before the Crusader print deadline on Wednesday, December 1.