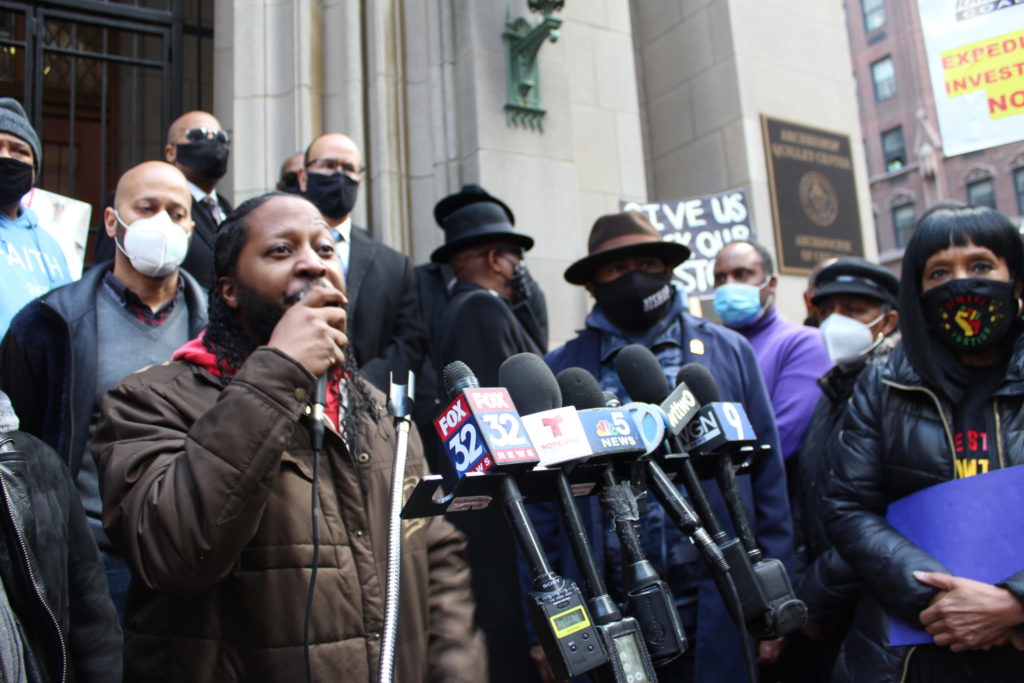 “We’ve had some very difficult church closings as well as unification of parishes. Sometimes we’ve had closings of churches and other times the church stays open, but it’s combined with another church under one pastor,” Barber explained.

Low attendance is one of the reasons Black Catholic churches have been closed by the Archdiocese.

It is a newly formed parish created through the parish discernment process which unified St. Ailbe, St. Felicitas and St. Joachim. The unification took place in 2018.

In describing specific changes that have happened to the Black Catholic community in terms of church closings and parish unifications Barber noted, “Prior to the beginning of the parish discernment and decision process (the structural part of overall Renew My Church spiritual movement of the Church of Chicago), there were 31 Black Catholic parishes (prior to 2017) serving the south and west sides of Chicago.” Barber said since 2017 there have been nine parish unifications resulting in 12 scheduled or potential church building closures.

In January 2021, the Archdiocese announced several school closings and parish consolidations, which included St. Clotilde, St. Columbanus and St. Dorothy. These parishes in Black South Side communities were to mer- ge with St. Columbanus serving as the new parish church.

Asked if here are any more parish unifications or closures slated to take place, Barber said there are two remaining groupings of parishes, which still need to discern their future together.

Explaining, Barber said there were originally a total of 12 groupings of Black Catholic parishes going through the discernment and decision process.  Currently there are several parishes under consideration for unification under a West side grouping and a South side grouping. The West side grouping consists of three parishes: Our Lady of Sorrows Basilica, St. Agatha, and St. Martin De Porres, scheduled to discern their future in late 2021. On the South side there is: A grouping including St. Sabina and St. Kilian among others.

When asked if St. Elizabeth, the oldest Black Catholic parish in the diocese is among those parishes closed, Barber said no; however St. Elizabeth, a parish within the Bronzeville Grouping of parishes that will unify as one new parish, will remain open for special masses only, but not for Sunday masses.

St. Elizabeth Church has been in the Bronzeville community for more than 100 years. Barber explained that after a merger with St. Monica Parish, the first Black Catholic Church in the Archdiocese of Chicago, on December 6, 1924, St. Elizabeth attained the prestigious title of “The Mother Church.”

Barber said most of those continue to be on the East Coast and in the South. Further west of the Mississippi River, African American Catholics are more likely to be immersed in multicultural parishes as opposed to predominantly African American parishes.

When told that some Black Catholics, like youth leader Joseph Saunders, have expressed dismay at the Archdiocese because the priests are not doing enough social justice work and giving back to the community, Barber acknowledged,   “Given the size of the social issues that afflict our Black communities in Chicago, there is always more that can be done, by all institutions, and certainly including the Catholic Church.”

But, Barber pointed out, “there is a lot more being done than most people are aware of.”

Barber said a number of parishes and Black Catholic pastors, staff and parishioners are part of the Southwest Organizing Project (SWOP) an ecumenical project that advocates for and provides direct solutions to life issues that affect Black and brown communities in the most disadvantaged parts of the west side of Chicago. The group’s work has been recognized and copied across the country.

He cited further as an example of the Church’s activism,

A restorative justice program, Kinship noted Barber, has had growing positive impact in terms of violence reduction and the opening of new life opportunities for those who are, in some cases, victims of the criminal justice system in our city or simply need a new more positive path in life.

Barber offered another example of priests addressing social justice issues, that of the Strong Futures program at St. Sabina Church, headed by Father Michael Pfleger. Located on Chicago’s south side and “situated in one of the most disenfranchised neighborhoods of the one the country’s most violent cities,” said Barber, the St. Sabina pastor and parishioners have united with the community in waging war on the underlying causes of crime and violence.

“This is only one of many very fine social justice programs at Saint Sabina which just won a $1 million award from the Lilly Foundation to replicate its model for social justice to other parishes and churches across the country that serve in predominantly Black communities.”

Barber said another example of social activism in the Catholic Church is that of the soup kitchen run by St. Columbanus Church, headed by Father Matt O’Donnell.  It is one of the largest soup kitchens in the Chicago area and is growing year after year in capacity and volunteers.

Barber said many other parishes also run soup kitchens, which serve the needs of their communities.

The Archdiocese of Chicago is the third largest in the U.S. serving more than 2.2 million Catholics in 290 parishes in Cook and Lake counties.

It has more than 15,000 employees and has 162 elementary and secondary schools, the largest U.S. private school system.

Its schools have garnered 94 U.S. Department of Education Blue Ribbon awards, according to Barber.