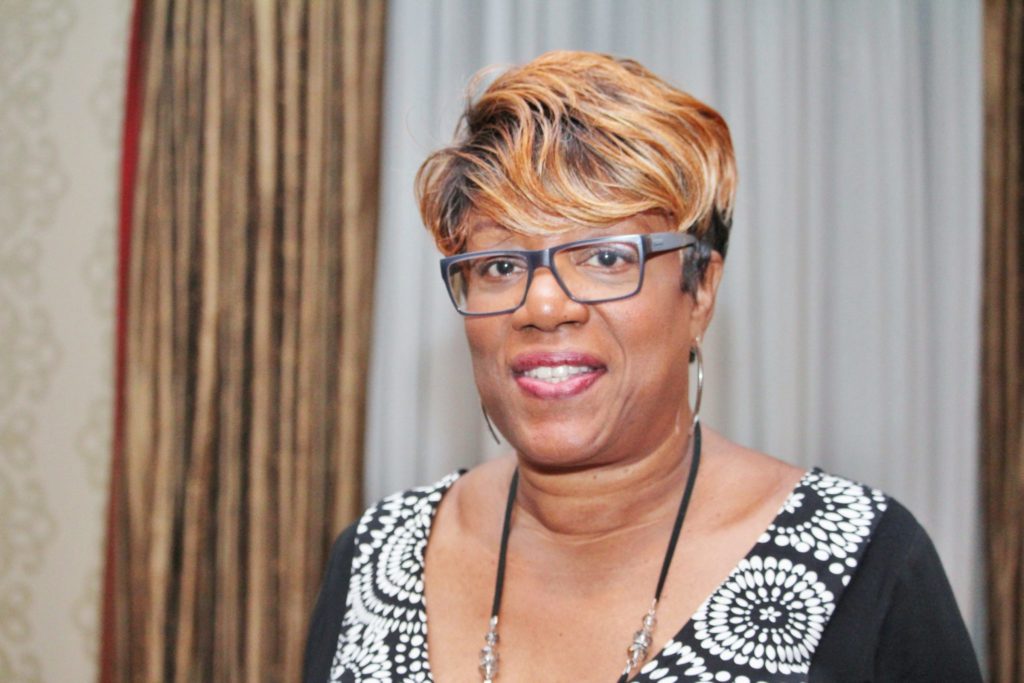 Alderman Pat Dowell on Wednesday, April 7, officially kicked off her campaign bid to replace outgoing Secretary of State Jesse White. Dowell is the highest profile candidate and only Black official to enter a race where Democratic opponent Alex Giannoulias is gaining momentum with several endorsements and millions in political contributions.

Dowell’s announcement comes at a time when more Black women in Illinois and across America are seizing top positions in politics.

She has great potential to win with Chicago’s powerful Black vote and a possible endorsement from White, a household name who has served five terms as Secretary of State. Her only female Democratic opponent is City Clerk Anna Valencia.

Dowell made the announcement on video telephony and online chat service Zoom and gave a five-minute speech about her decision to run for Secretary of State.

“As a committed public servant, helping and serving people has always been my top priority. I will build on Secretary Jesse White’s legacy and take the office into a new era in ways that provide greater customer service to the people of Illinois, increase efficiency and innovative cutting-edge technology that serves our great state.

“As Secretary of State, you have to serve a diverse group of people all at the same time. I approach my role as the budget chairman of the third largest city in the country in the same way. I worked with a diverse community and people with different perspectives and needs to pass a $12.8 billion budget that works for every community in Chicago.

“My hope for this office is to provide the residents of Illinois with the best customer service possible and not use the office as a personal steppingstone to advance my career. I have dedicated my life as a public servant in helping serve the people’s interests. As alderman, that has been the constituents of my ward and the residents of the city of Chicago.”

A day before her announcement, Cook County Clerk Karen Yarbrough announced that she will not enter the race because of the health of her husband, Henderson Yarbrough, who was diagnosed with early prostate cancer. She immediately threw her support behind Dowell.

In February, Dowell announced that she was exploring entering the race for Secretary of State with little political contributions in her campaign war chest.

State campaign records show she has a deficit of nearly $9,000 in political contributions. Her Democratic opponent, Giannoulias, has over $1.8 million in campaign contributions.

Giannoulias served as Illinois Treasurer from 2007 to 2011. In 2010 he nearly beat Republican Mark Kirk in the U.S. Senate race. As a candidate for Secretary of State, he has been endorsed by two local chapters of the United Food and Commercial Workers International Union. However, Giannoulias has yet to bag endorsements from any major organizations or elected officials, including White or Governor J.B. Pritzker.

The Office of the Secretary of State is the second-largest constitutional office and is visited by more Illinois residents than any other in state government, according to the office’s website. The office generates approximately $2 billion in annual revenue with about $1.2 billion a year designated for state highway construction funds.

During her announcement Dowell said the department has 4,000 employees, which has been historically criticized as a haven for political patronage jobs.

The Secretary of State’s office is responsible for administering driver’s licenses, state IDs and issuing licenses for businesses in Illinois.

Dowell is serving her fourth term as 3rd Ward alderman. She was elected in 2007 after defeating five-term incumbent Dorothy Tillman in a runoff. Her ward includes Bronzeville, which in the past several years has experienced economic growth and development projects that have fueled rising property values and concerns of gentrification.

She has a B.A. degree in Developmental Psychology from the University of Rochester and a master’s degree in social service administration from the University of Chicago. During her political career at City Hall, Dowell has served on various committees, including Housing and Real Estate, Transportation and the Public Way, and Landmarks, Rules and Health.

Dowell is a former City Planner and Deputy Commissioner of Neighborhood Planning under former Mayors Harold Washington, Eugene Sawyer and Richard Daley. She was the executive director of the Near West Side Community Development Corporation, which built affordable housing and commercial retail space while providing social services and employment and financial counseling services to residents of Henry Horner Homes.

In the mid-1990s she was the founding executive director of the Mid-South Planning and Development Commission, which aimed to preserve Bronzeville’s historic landmarks.