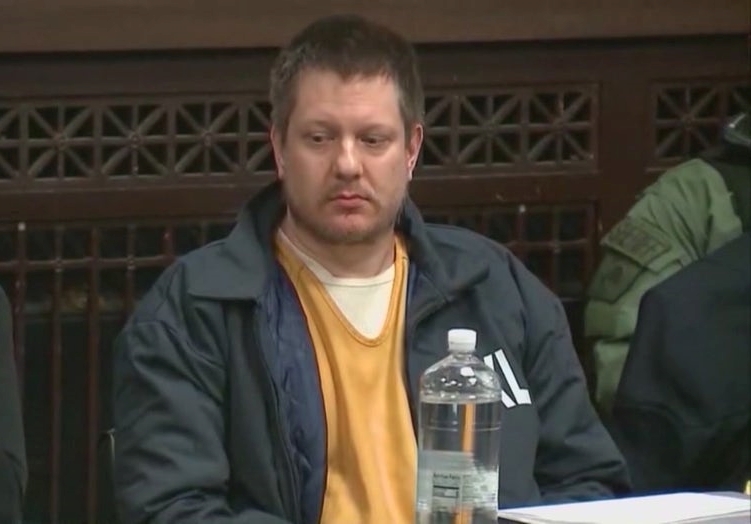 Protestors took to the streets of Chicago Thursday, making clear they were not ok with the early release of Laquan McDonald’s murderer. Previously sentenced to 81 months for killing McDonald, former Chicago police officer Jason Van Dyke was reportedly released early for good behavior.

In a statement, Collins called on the federal government “to act on behalf of the people who have been impacted by excessive use of police force –not just in Chicago but across the country–and file federal charges against Jason Van Dyke.”

John Lewis and other civil rights leaders who came before us encouraged us to participate in good trouble, in necessary trouble. Last night fellow activists & I were arrested for making good trouble and demanding federal charges be filed against Jason Van Dyke.

A local CBS affiliate mentioned the terms of Van Dyke’s release had not been made public. But the outlet noted Van Dyke’s sentence also required him to have two years of supervised release. Days before his release, Sens. Dick Durbin and Tammy Duckworth wrote a letter to the Department of Justice inquiring about the investigation of Van Dyke. Almost eight years later and federal action still has not been taken.

According to Chicago’s WTTW, the senators urged the Justice Department to act as his “state conviction and sentencing” do not prohibit the federal government from filing charges.

Collins told NewsOne that having Van Dyke released from prison early was “heartbreaking.”

“I’m heartbroken for all the young Black and Brown organizers across the city who came together and stood up for justice, our accountability, rather, because justice is impossible at this point,” Collins said. “We have fought longer for accountability for Laquan McDonald than Jason Van Dyke has sat in prison for murdering him,” Collins said.

She also said that justice and accountability require federal action.

“We need action on the federal level to address police brutality and ensure we have systems of accountability to prevent this from ever happening again, anywhere else,” Collins said. “It’s time to end qualified immunity and stop investing federal funds in discriminatory police departments.”

Collins also pointed out that Van Dyke’s case shows the limitations in addressing the harms caused by individual police and policing more generally. She also said part of the national discussion around policing should include Congress passing needed legislation, including the George Floyd Justice In Policing Act and the Breathe Act.

Van Dyke’s release also highlights the racial disparities in the early release of incarcerated people. Restore Justice issued a report in June 2020 finding that nearly half of those released early by Illinois were white, despite white people comprising approximately 32 percent of those incarcerated. Black incarcerated people were kept in prison longer and less likely to be considered for early release.

“I really want the community to begin to educate themselves and scrutinize the moral compass of this city, which is the city budget,” Collins said. “We don’t need a symbolic victory, we need systematic change.”