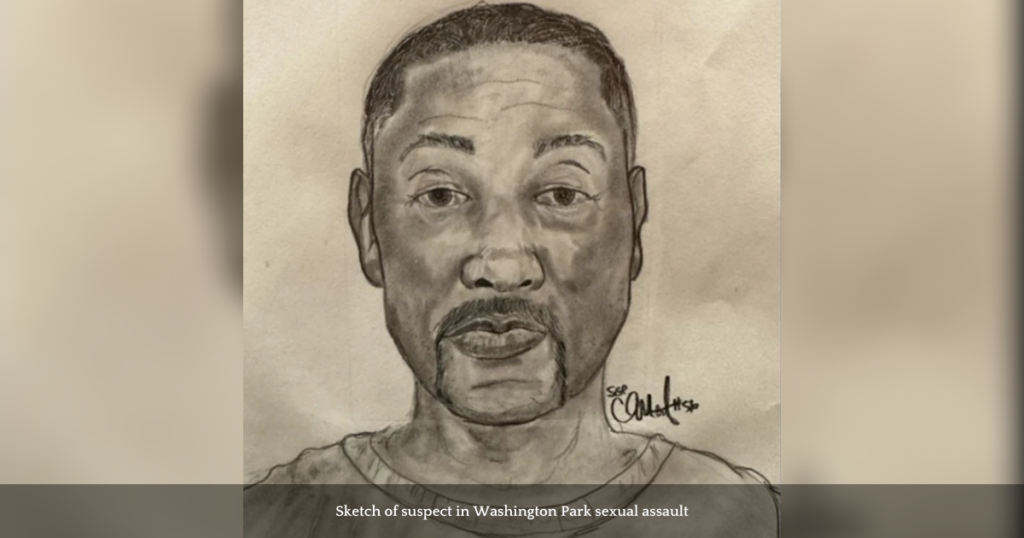 Relatives of an 11-year-old girl who was allegedly sexually abused in Washington Park on October 6 told ABC7 Chicago that the possible suspect was spotted by community members and held until police arrived.

Andre Smith, CEO of Chicago Against Violence, said the victim’s grandmother received a photo of a man and showed it to the girl, who recognized him as her attacker.

“I showed it to my granddaughter. I said, ‘who is this?’ And she broke down, ‘oh my god, Granny that’s him,'” Lutia Payne Midcalf told ABC7 Chicago. And you trying to tell me they gonna let this man go? You telling me that? I’m not accepting that.”

Chicago police said no one is currently in custody, and this remains an ongoing investigation.

“The individual that we speak of is a suspect, but we are working with the State’s Attorney’s Office in order to build, in order to make an arrest and get to charging,” said Police Chief of Detectives Brendan Deenihan.

On Monday, October 10, a group of community activists gathered at Dulles Elementary School in Englewood calling for a federal investigation of the incident.

The man who assaulted the girl remains on the loose as police hope a sketch of the suspect will help lead to his arrest.

“We’re not going to stand for that. She was attacked,” said activist Bamani Obadele, leader of the organization Acclivus, Inc. “She was raped, and Black women and children have a right to be protected in our community. As men of goodwill, we need to stand up and call this thing [assault] what it is. I want the Chicago Police Department to bring in every sex offender that’s in Washington Park in a lineup. Let that baby look at all of them, and if she points out one of them, they should be dealt with. This is a serious matter.”

Obadele is offering a $2,500 reward for information that leads to the arrest and conviction of the suspect. The offer brings an overall total of a $4,000 reward.

Obadele said the girl’s mom was distraught after the incident.

According to a community alert issued by police on Thursday, October 6, the girl was walking home from school when a suspect approached her from behind about 3:30 p.m. in the 6200 block of South Indiana Avenue in Washington Park.

Police said the man put his hand over the girl’s mouth and pulled her into a secluded part of an alley, where he sexually assaulted her. The girl was able to break free and ran away, police said. The man fled in another direction.

The suspect is described by police as a man between 45-60 years old, between 5’8″ and 5’10,” with a thin build, graying hair and a mustache or goatee. He was wearing a black shirt that had a rip on the right sleeve, black jeans with a silver belt buckle and beat-up black work boots.

Police said children should walk in pairs or small groups, and any suspicious persons or activity should be reported to 911 immediately.

Community activist Tio Hardiman said, “This girl has to heal right now. It’s time for our community to unify once and for all, focus on this young lady, make sure she gets the help she needs. I’m putting a call out to all the men in the community. There should be a thousand Black men looking for the guy that tried to rape this young girl.”

Jennifer Maddox, founder of the Parkway Garden’s Future Ties afterschool program, said her organization has a parent safety team that helps school crossing guards, as well as patrol several areas outside the front entrance of Dulles Elementary School. However, the girl was assaulted down the street at 62nd and Indiana Avenue.

After the incident, Maddox called for more police visibility in the area.

“We need more assistance and more help with not just the police, but actually other organizations to come out.”

Smith said, “We’re demanding that resources be given to these students for crisis because that was their classmate. That was their friend. You don’t know what they’re going through.”

On Saturday, October 8, police released a sketch of the suspect, which activists showed during the press conference at Dulles Elementary School.

A Crusader review of public data shows that there are 907 registered sex offenders in zip code 60637, the area that includes and surround Dulles Elementary School.

Anyone with information is asked to contact CPD’s Special Investigations Unit at 312-492-3810. Anonymous tips can also be submitted via CPDTIP.com.