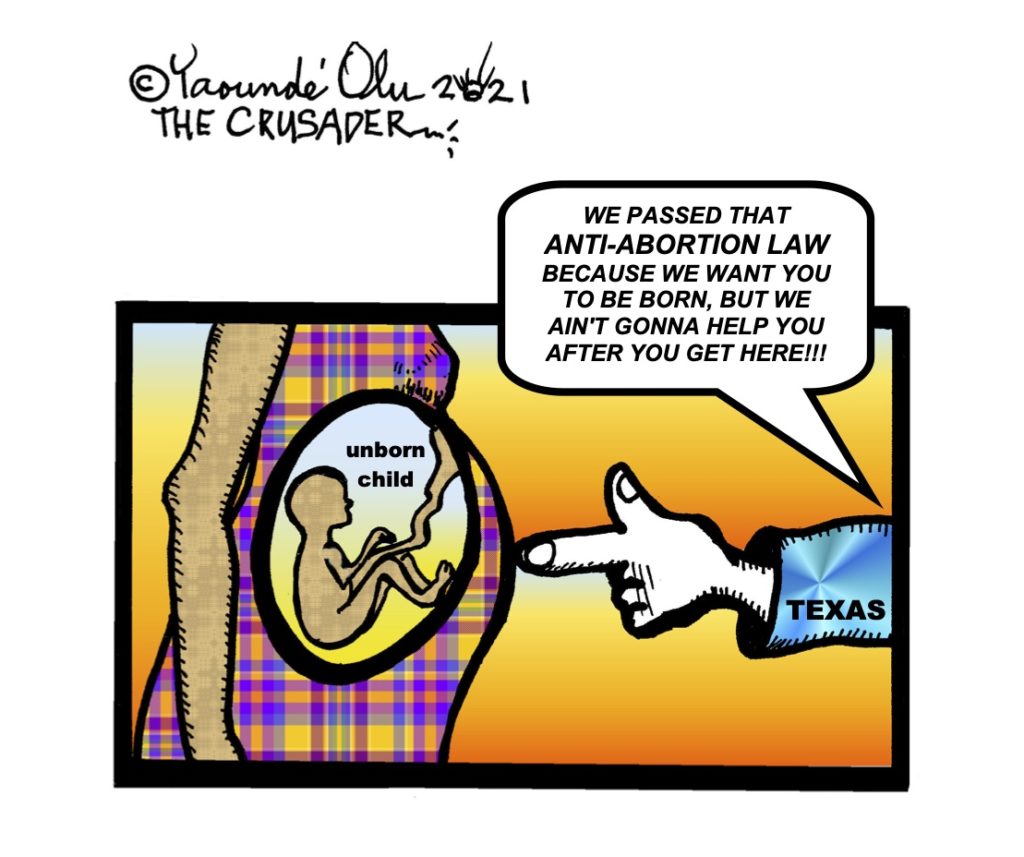 Women have been having unintended pregnancies probably since the beginning of time. They have also had to make decisions about what to do about them. In recent years, this has resulted in one of the greatest ongoing battles between two groups of people, the pro-life and pro-choice camps.

Pro-life proponents are against abortions. Pro-choice people, on the other hand, advocate for a woman’s right to control her own body. This does not automatically translate into a right to have an abortion; it means that a woman should be the decision-maker in this regard.

The state of Texas has decided upon a draconian approach to this issue. On September 1, 2021, legislators enacted a new abortion restriction known as Senate Bill 8 (SB 8), which limits a resident of the state’s ability to provide abortion care in Texas beyond six weeks of pregnancy, and sometimes even earlier. A key point regarding this is that most women are not aware of their pregnancy status at this stage. This ban includes women who become pregnant as a result of rape or incest!

Controversial measures have been added for non-compliance, including levying fines of $10,000 against those who help women get abortions past this point. This includes someone who drives a woman to an abortion clinic! The draconian law is forcing people to flee to other states in order to have abortions performed.

The abortion issue is one of the main highlights of what can be determined as women’s rights. Though women have been able to become CEOs of major corporations and have attained to the vice presidency of the United States, they still don’t have the right to control what happens to their own bodies! People who decry the notion of “women’s liberation” often overlook this fact. Women have not yet overcome.

The biggest travesty connected with the abortion issue and the rights of women to have an abortion is that there is an acute imbalance: it takes two people to make a pregnancy, but men disproportionately decide what happens. Most certainly, if someone bears the burden of punishment for breaking abortion laws, it should be evenly distributed. Instead, unwanted pregnancies are treated as though they are immaculate conceptions; men are conspicuously absent.

If this last point was taken seriously, any abortion legislation that is enacted should include consideration of the father’s role in the pregnancy. Women don’t get pregnant by themselves, and since it is their bodies that bear the most serious consequences of pregnancies, they definitely should have the last say-so regarding how to deal with them. Instead, women are kept from making these decisions, while men decide what happens to a woman’s body.

Unfortunately, the truth is that abortion is a life-or-death issue. It can result in the death of a fetus, and in some cases, a difficult pregnancy brought to term in the presence of adverse health indicators can result in the death of the woman. This is the main reason why people should become more conscious of the consequences of unprincipled and irresponsible sexual behavior.

What really needs to happen regarding the abortion issue is that both men AND women should be held responsible for careless sexual behavior. There are reports that one or two states made great strides in an attempt to do this. When a woman became pregnant, every man who had sex with her was made financially responsible for the unborn child. Once the child was born, a DNA test was performed to determine the actual father, and that individual was made to contribute financially to the child from that point onward. It is said that the result of this strategy was the significant reduction in welfare rolls in these states because men began to act more responsibly.

One more thing: it’s interesting that some of those who consider themselves pro-life tend not to be pro-life once a child is born. They usually don’t care one bit about what happens to the child, as demonstrated by their tendency to block progressive legislation that would provide support for women who find themselves in the position of single-parenthood. Therefore, we can surmise that they are probably motivated by hypocrisy or by the fear of a reduction in the population of a certain gene pool.

Whatever the case, laws like the one in Texas need to be aborted because they are basically attacks on women! A Luta Continua.