“Abbott Elementary” is a genuine throwback to a kinder, gentler time 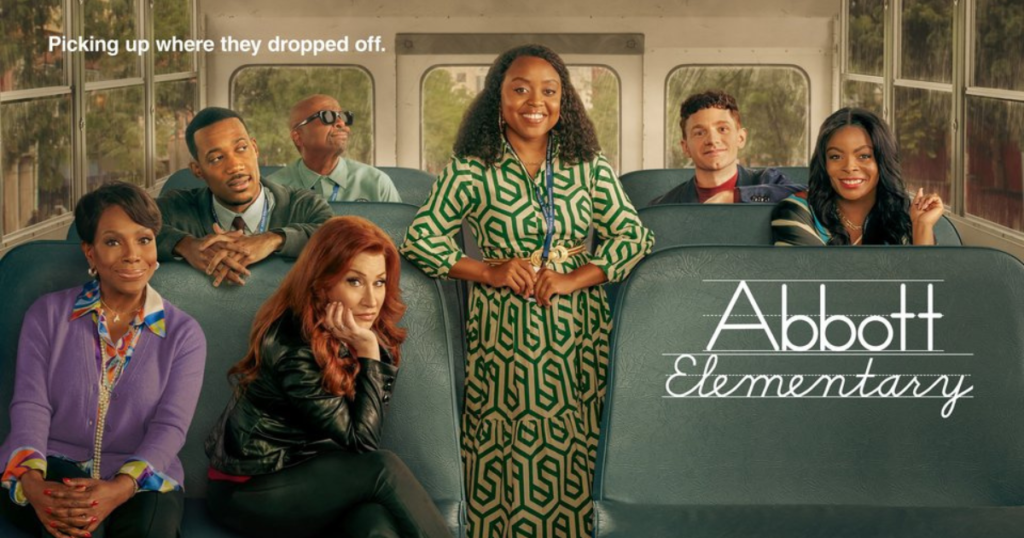 The success of the television show “Abbott Elementary” is refreshing on several levels, most obviously because it exposes the tremendous talent of its creator, writer and star Quinta Brunson. The show won best comedy, while Ms. Brunson copped Best Actress; Tyler James Williams won Best Supporting Actor. This comes on the heels of similar Emmy Award honors.

But part of the charm of the show is that it reminds you of a time when you knew caring teachers in the classroom. It’s reflective of a certain atmosphere that seems rather distant from today’s confused, chaotic climate of metal detectors, constant fighting, parent confrontations, police dragging students out of school in handcuffs, and a teacher getting shot by a six year old.

These are some extreme cases and of course they don’t exist in the overwhelming majority of schools today. But that there are even such occurrences at all is disturbing enough.

The proliferation of drugs among younger people is major cause for concern, and there is nothing about the way in which adults as a whole in America are behaving that would even remotely offer youths teaching by example.

It’s a disparaging situation at best. When you see a congressman flat out lie about everything on his résumé, conveyed to voters who elected him to office; when you see lawmakers more dedicated to Party than people; when you see little or no concern about those things that inhibit quality of life on a daily basis – like health care, income, social justice and voting rights – an environment of despair is inevitable.

What would make a college student go on a bus and shoot dead three of his former football teammates? What would make a man driving on a highway in Indianapolis pull up alongside someone and shoot them dead out of road rage. What possessed Alabama Crimson Tide men’s basketball player Darius Miles to give a gun to fellow student Michael Davis, who was accused of shooting and killing 23-year-old Jamia Harris.

Where is the sense of decency most Americans once embraced. Now the exception is the rule. The inmates are running the asylum. And the obsession with wealth and material things has reached vulgar proportions.

In 2014, Atlanta real estate tycoon Todd Chrisley gave a TV tour of his pristinely organized closet, bragging that his family spends more than $300,000 a year on clothing. It was all part of the USA network TV show “Chrisley Knows Best.” In June, Todd and wife Julie Chrisley were found guilty of conspiracy to defraud banks out of more than $30 million in fraudulent loans and evading taxes. They begin serving federal prison sentences this month.

There was a time in this country when the phrase “character counts” meant something. It permeated every level of society, from our neighborhoods where extended family had as much right to discipline you as your own parents, to the highest levels of government where the slightest deviation from appropriate behavior could literally end a political campaign for a career. Those standards seem to no longer exist.

We need a serious return to basics. We have to identify more ways for our young people to attend college after they graduate, but only after doing everything to instill them with not only thorough education, but lessons in civility, responsibility, service and social graces. This has to come from the schools, but be reinforced in the home, neighborhoods, churches and organizations.

We need to get back to a simpler time when people said “please” and “thank you”—when people spoke to adults saying, “yes ma’am,” and “no sir.” Let’s get back to Sunday school, scouting, mentoring, community engagement. There should be consequences for unacceptable behavior. We should acknowledge those trying to do the right thing and exemplary behavior by grown folks.

Some fear we’ve gone too far off the rails to get our society back on track. I disagree. We can do it one person at a time. Remember if we don’t right our course, no one else will. And consequences of letting things fall wherever they may could be far worse than we ever imagined. It’s not too late. In the words of Dr. Martin Luther King, Jr., “It’s never too late to do the right thing.”