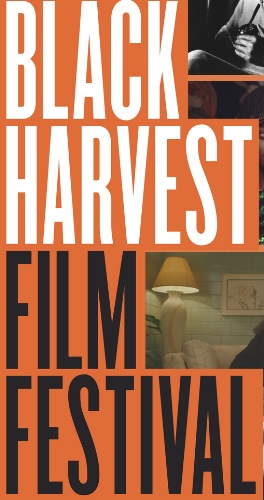 The School of the Art Institute of Chicago’s Gene Siskel Film Center is pleased to announce the full festival schedule for its 27th Annual Black Harvest Film Festival—the Midwest’s largest- and longest-running Black film festival—which will take place both virtually and in person at the Gene Siskel Film Center from Friday, November 5, through Thursday, December 2. The festival’s month-long showcase of Black stories will feature 28 feature films; 36 short films; several free panel discussions; and tributes to both Gordon Parks (including screenings of “The Learning Tree” and “Shaft”) and Melvin Van Peebles. The festival will also feature over 25 separate in-person and virtual filmmakers and cast appearances.

“After months of not gathering, and as the fight for racial equality and justice continues to be waged, Black Harvest endeavors to present portraits of joy, power, resilience and resistance, and to discover and spotlight emerging, talented storytellers. We’re excited to share these films with audiences,” said Director of Programming Rebecca Fons.

“After a long intermission, we are beyond thrilled to be able to gather again in person to celebrate Black filmmakers, stories, and the loyal Black Harvest audience. Film is a powerful catalyst for dialogue, empathy, growth and joy. The festival has always felt like a reunion—and after last year’s virtual festival, this return to our theaters will be more joyful than ever,” said Jean de St. Aubin, Executive Director of the Gene Siskel Film Center.

A special presentation of Reinaldo Marcus Green’s highly anticipated “King Richard,” starring Will Smith as an undeterred father determined to write his daughters, Venus and Serena Williams, into history.

Several homegrown stories, including a collection of locally made shorts and “It’s Different In Chicago,” David Weathersby’s chronicle of house and hip-hop music are also on tap, as well as two screenings of the groundbreaking Van Peebles’ “Sweet Sweetback’s Baad-asssss Song.” And the festival reaches back into good Black filmmaking with a December 2nd, 30th anniversary Closing Night screening of Spike Lee’s provocative “Jungle Fever” on 35mm.

Among other full-length films are “Maya and her Lover,” “Thicker Than Blood,” “Memoirs of a Black Girl” and “100 Years From Mississippi.” For the fourth year, The Richard and Ellen Sandor Family Black Harvest Film Festival Prize will be awarded to a short filmmaker, and—for the first time—a feature documentary or narrative filmmaker, for quality in storytelling, creativity, and filmmaking. This year’s Legacy Award will be presented to photographer Dawoud Bey, Professor of Art and a former Distinguished College Artist at Columbia College Chicago.

• In addition to select in-person screenings, all shorts programs will be available for streaming for the entire duration of the festival.

• Select features will be available virtually beginning the day after they conclude their theatrical screenings.

• Virtual films will be available to stream throughout the entire U.S. (unless noted).

COVID-19 Protocols: The Film Center requires a valid photo ID and proof of full vaccination or a negative result on a COVID PCR test for all screenings and events at the Film Center.

Film Center members will pay only $30 for the six-film Black Harvest festival pass. In-person “Conversations” are free and first-come, first-served, with tickets available at the box office.

Opening Night tickets are $50 (general audience), with Film Center member and student tickets on sale for $30. Tickets include the screening, Q&A, and special reception.