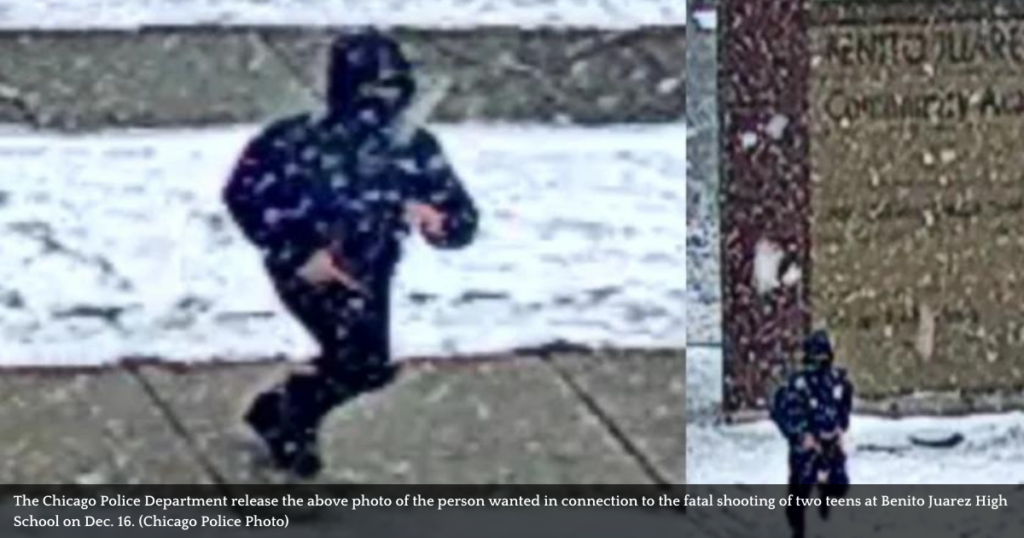 Two teens were killed and two others were wounded in a shooting outside Benito Juarez High School southwest of downtown Chicago Friday afternoon, police said.

No suspects were in custody, Chicago Police Superintendent David Brown told reporters Friday at a news conference. Brown said he didn’t have any information about the victims because the investigation is in its early stages.

Police said in a news release the two deceased victims were boys who were each shot in the head; one was 14 years old and the other was 15.

Nicasio Rogel, the father of a sophomore at the school, told CNN affiliate WBBM he heard what he thought at first were firecrackers. Then he saw “two kids” on the ground, both carrying backpacks.

He said he thought he heard six to eight gunshots.

The school was releasing students in staggered groups when the shooting occurred, Brown said.

The people were shot outside the school building, but on school grounds, Langford said. They were transported to Stroger Hospital.

Illinois Gov. JB Pritzker released a statement on Twitter, saying he was sending his condolences to the victims’ families.

“Schools are the cornerstone of neighborhoods and students deserve to feel safe,” Pritzker, a Democrat, wrote. “We must put an end to these unspeakable tragedies and rid our communities of gun violence.”

Sen. Dick Durbin echoed those sentiments, calling on Congress to do more.

According to the Centers for Disease Control and Prevention, firearms were the leading cause of death among children and adolescents, aged 1-19 in 2020, surpassing motor vehicle crashes.