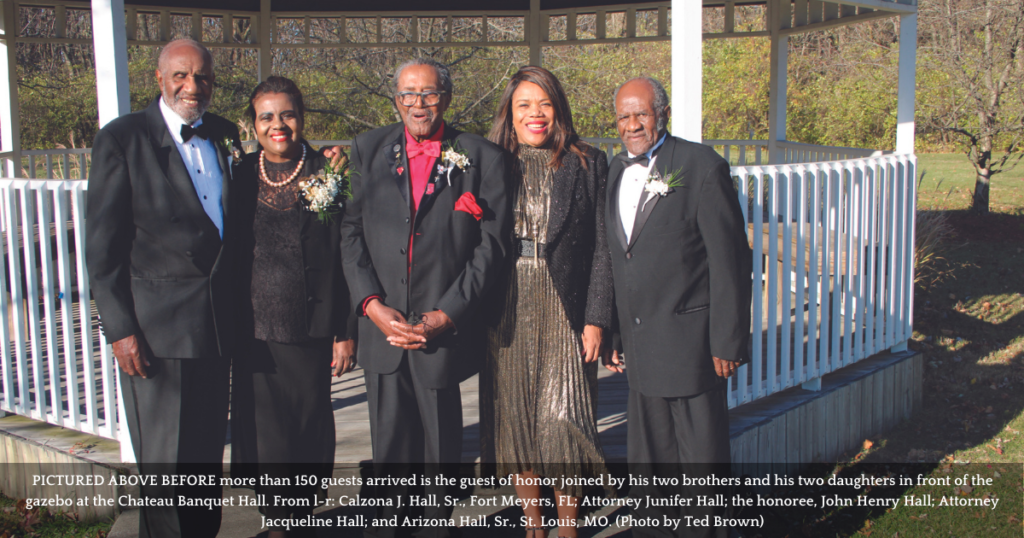 A host of guests representing the many people one might know in a lifetime came out to celebrate the 90th birthday of Deacon Attorney John Henry Hall, B.S., M.S., J.D., Ed.D., LL.M., on Sunday, November 6. The formal event was held at the Chateau Banquet Hall in Merrillville, Indiana, and included a program of Who’s Who in Indiana and the United States.

Family members from across the country converged in Gary to salute Deacon Attorney Hall. The celebration began on November 5th with a Southern fish fry Meet and Greet at the Gary Neighborhood Services Center, located at 21st Avenue and Madison Street. 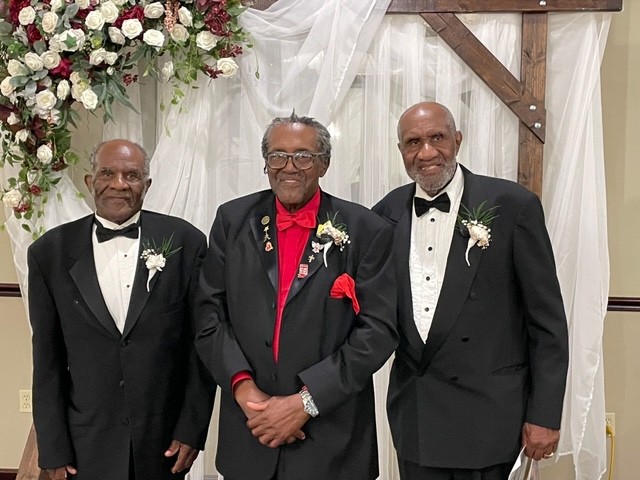 The next day, many of Deacon Attorney Hall’s family and friends attended church with him, where he taught the Sunday school lesson at Van Buren Missionary Baptist Church, where he has been a member since 1957. Deacon Attorney Hall served as the Deacon board chairman, usher board president, church attorney and Boy Scout Master for many years.

Later that afternoon during the prelude to the celebration, Attorney Junifer Hall, who was the Mistress of Ceremonies, shared with the attendees the key political points of Deacon Attorney Hall’s life that he witnessed during his 90 years. Deacon Attorney Hall was the husband of U.S. Representative Katie Hall, who wrote and authored House Bill HR 3706, which designates the birthday of Reverend Dr. Martin Luther King, Jr.–the third Monday in January–a legal holiday and is commonly known as the “Dr. Martin Luther King National Holiday Law.” 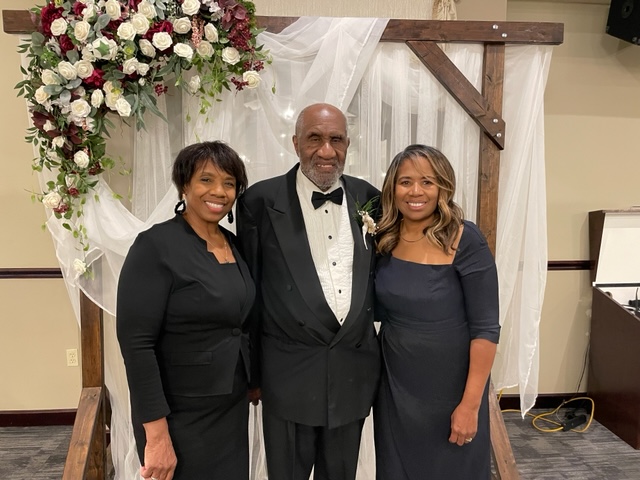 Deacon-Attorney Hall is a veteran of the United States Air Force having enlisted in 1952, which was toward the end of the Korean War conflict. Hall is the father of Jacqueline and Junifer Hall–both attorneys—and grandfather of Kristina Nicole Harris, who traveled for the event from London, England, U.K., where she now lives.

He is now writing several books, including, “Intruding in the Dust,” “The Mouse Trap” and “The Lawyer and the Congresswoman, aka ‘Sweetie Pie’,” which he hopes to publish within the next two years.