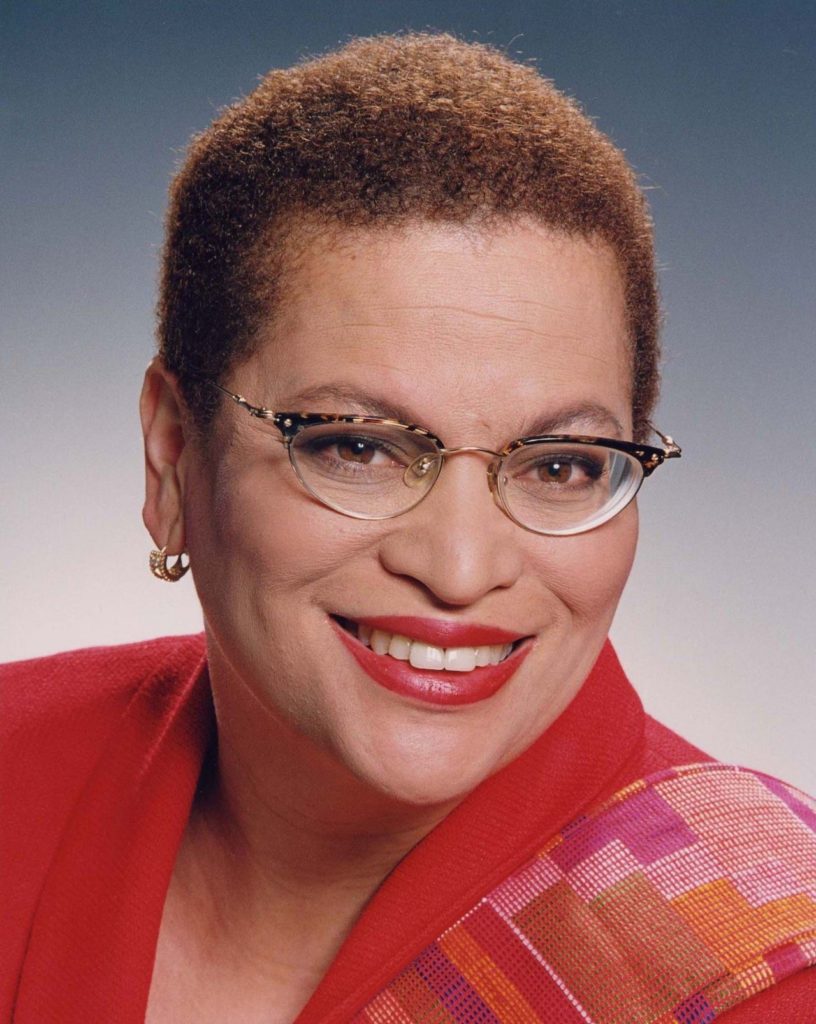 President Joe Biden and Vice-President Kamala Harris are off to a running start. With more than a third of Americans fully vaccinated against the coronavirus, and now potentially more vaccine available than arms, President Biden did what he said he would do, thus jumpstarting our sluggish economy.

Unemployment rates have lowered (although the racial unemployment rate gap remains – that won’t disappear in just 100 days). Economic growth at 6.4 percent is at a healthy high, proving that controlling corona is essential to economic health.

However, when asked to provide a letter grade for President Biden, all I could give him was an Incomplete, or perhaps an Incomplete Plus. The plus means that he’s moving in the right direction. The Incomplete means just that, incomplete. It means we need more results.

But it occurs to me that I’m not fair, that my expectations may be too high. Through his efforts and those of Vice President Harris, the American Rescue Plan was passed.

He has now proposed the American Families Plan and touted it in his speech to the joint houses of Congress on April 28. It provides many features for low- and moderate-income working families, including a child and dependent care tax credit, more affordable health insurance, and more paid family and medical leave. It’s a good plan, but Republicans have lined up in lockstep to oppose it.

There is likely to be more consensus around infrastructure because our nation’s infrastructure is crumbling. Biden and his team use the term “Build Back Better” to describe the goal of an infrastructure plan, the American Jobs Plan, that will fund jobs both for construction and for the “caretaking” economy, for social service workers, health workers, and others.

Republicans prefer the more traditional definition of infrastructure, roads and bridges, bricks and mortar. They forget that people, too, are part of our nation’s infrastructure. That’s why it is essential that the expansion of educational opportunities is part of the American Families Plan. Free community college. An increased Pell grant. More money for HBCUs and Minority Serving Institutions (MSIs).

These three pieces of legislation cost about $6 trillion and will add to our national debt. Republicans are balking at the price tag, but they weren’t so hesitant when their massive tax cut for corporations added trillions to the national debt. While we don’t expect consistency from Republicans, we know they only oppose deficits when they benefit people.

I see the $6 trillion price tag on the Biden legislation as more of an investment than simple spending. A better-educated workforce earns more money, pays more taxes. A healthier workforce means less absenteeism, more efficiency, and productivity. Quality childcare means more women in the workforce—millions of women left in the wake of COVID. The investment makes sense to build our labor force back better.

Many have compared President Biden’s vision to that of President Franklin Delano Roosevelt, whose New Deal created jobs, reduced poverty, replaced fraying infrastructure, and more. It has been decades since we’ve seen this kind of significant investment in infrastructure.

Lyndon Baines Johnson focused on the human infrastructure, but no one has done so since. Republican presidents have been disinclined, and Democratic presidents have either been too moderate or too timid (Obama) to push hard for their vision.

I think one of the benefits of Biden’s presidency was the time he spent with President Obama, observing what happens when you don’t go big enough.

The first 100 days of Biden have been a stark difference from the previous president. It’s not just what Biden says, but the way he says it. He doesn’t bark, although he can be emphatic. He doesn’t call names or use epithets. He listens. My grade for Biden’s first 100 days stands – Incomplete Plus. It means he’s moving in the right direction. Thanks for the vision, President Biden.

Dr. Julianne Malveaux is an economist and author. She can be reached at juliannemalveaux.com.